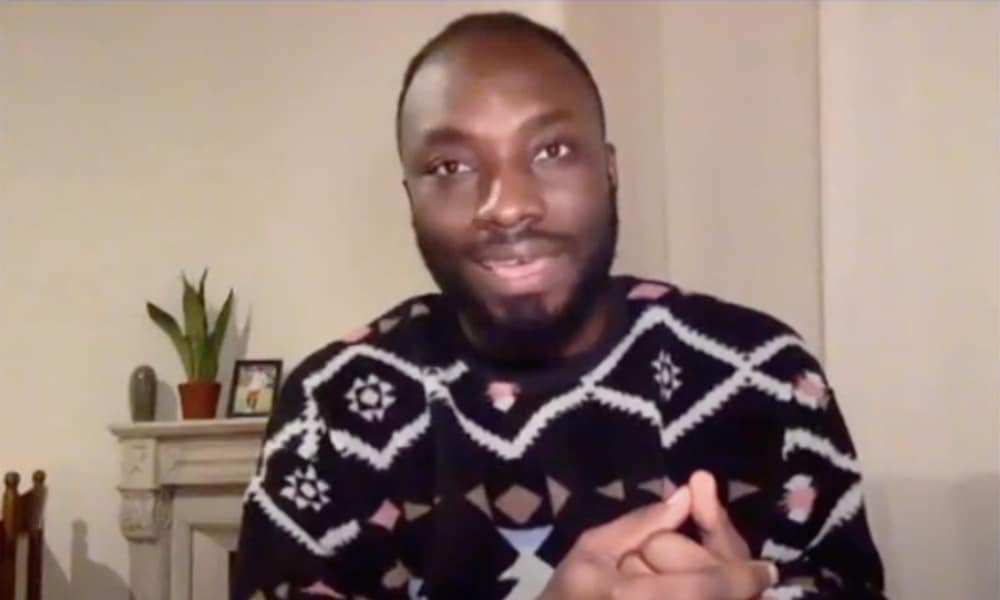 Former Metro TV Journalist Ignatius Annor, says being a homosexual is not immoral.

Speaking on TV3, he said there is nothing wrong with two adults deciding to be together.

He explained that his family is not getting to understand his stance and new community. Ignatius Annor had admitted being homosexual for the first time after so many years.

The now Euro News journalist said he denied being gay because of the fear of losing his journalism career.

Speaking to Joy News PM Express said, “in the past, I had denied the fact that I was gay. I did that because of the fear of losing my career.

“At the time, I practised Broadcast Journalism in Ghana for a number of years and being on TV and being ousted brought a lot of pain to my life.”

Ignatius Annor, who said he is a gay rights activist indicated that after studying for his Masters in the UK, he came back to Ghana looking for employment but none of the media houses were willing to hire him “just because of the stigma that surrounds my community”.

He added, “because I was ousted as a gay person and obviously, I denied because I was afraid of losing my job and also for the fear of what would happen to me personally…”

Ignatius Annor further stated that it does not feel okay for anybody to admit that he is gay and walk freely in Ghana or have access to employment or other social amenities which are “dehumanising and awful”.

He explained further that the people who belong to the African Sexual Minorities group want to live in the country as any other heterosexual persons live without any stigma.

“I want Ghanaians to have an honest conversation about people who live in your family, people who are your brothers and sisters and see that these are human beings that deserve to have the very life you have and… to be free and go about their normal activity.”

When asked how his family feels about his admission of being gay, Ignatius Annor responded that when he came back from the UK to Ghana in 2017, he had the burning desire to tell his family that he was gay but he thought of speaking to his mom first because “she is my only surviving parent”.

He added that to hear that from his mom was very painful but he understood where she was coming from.

“That was not her idea; it was what [had] been repeatedly fed into the minds of people. So, my mom, three years ago was not accepting of it. I remember the following day, she came to say, ‘I have not been able to sleep because of what you told me’ and I could feel her pain because she thought I was going to put my life in danger for what others are facing particularly being a TV person and being suspected of being gay and not openly saying it.

I remember telling her she should forget I said that to her. I said that so that she could have the peace that she needs but at 32 years old today, I have lived a life of lies; I have lived a double life and no human being deserves to do that and to have accepted that truth and live the freedom that I live today, I am a very content person today,” Ignatius Annor narrated further.

He said since he told his mom that she should forget that he said he was gay to her, they have never spoken about his sexuality again.

Annor admitted that throughout his denial, he let down his community just because he did not have the courage to own up to the truth and live it and he, therefore, apologised for it.