Building national shrine will not be feasible - Rev. Opuni-Frimpong to Gov't 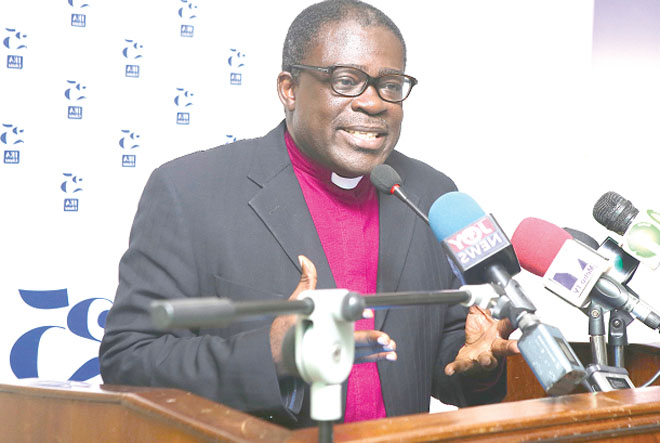 Former General Secretary of Ghana Christain Council, Rev Dr. Kwabena Opuni-Frimpong says the consideration by the government to build a national shrine may not be feasible.

According to him, the modus operandi of the shrines will not allow them to have a national facility.

The Chieftaincy and Religious Affairs Minister, Samuel Kofi Dzamesi, addressing the media yesterday said the government has the intention to build a national shrine for traditional leaders.

Mr. Dzamesi disclosed that some traditional groups have petitioned his Ministry for the construction of a national shrine which he said is being considered by the government.

He was of the view that the construction of a shrine is a step in the right direction since Christian and Islamic faith in the country will have a national cathedral and mosque respectively.

“I think that since the constitution allows freedom of worship, we will study it very well and see how possible that will also be. We are not ruling out traditional shrines,” he added.

But in response to the proposed national shrine, Rev Dr. Kwabena Opuni-Frimpong said the decision may not be feasible as compared to the national cathedral.

"What I know is shrines unlike Cathedral or Mosque that any other person can all visit, shrines are normally for families or those who own it, for example the Antoa shrine cannot be open up for anybody, it's for the priest and family members who are related, if I go to other places and I see your shrine has become a national shrine, I don't know what it means whether therefore any member of the society can walk into the shrine and worship the idol? I don't understand but my immediate impression is yes if we are giving space to everybody but I also know that shrines normally are not like the cathedral or mosque that are open to ordinary people," he said in an interview with Citi FM.