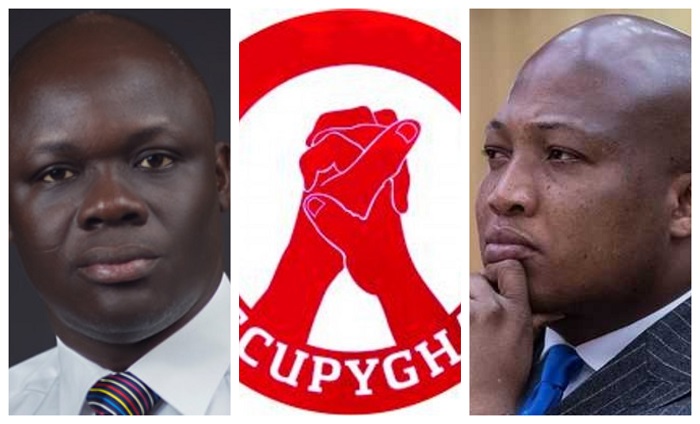 There is a mounting campaign against a decision by the National Security Ministry to launch an internal investigation into the alleged torture of Citi FM journalist, Caleb Kudah, on Tuesday.

The journalist said he was detained and tortured for filming abandoned vehicles parked at the premises of the National Security Ministry without permission.

In a press statement issued on Thursday, May 13, 2021, the Ministry pledged to investigate allegations that its operatives manhandled the journalist before and during interrogation.

â€œThe Ministry of National Security wishes to assure the Public that appropriate actions shall be taken if the allegations are found to be true,â€ the statement signed by Chief Director, Ababio Serebour (rtd) assures.

However, there seems to be a growing disagreement with the National Security Ministry's decision to probe the matter.

United Press for Development Network (UPDN) was the first to kick against that suggestion in a press statement on Thursday evening. Also, pressure group, OccupyGhana, has said it is not convinced that the Ministry of National Security would conduct a proper and objective investigation into the assault of Caleb Kudah.

UPDN, a press freedom and media advocacy organisation, has also called for an independent investigation and public inquiry into the alleged assaults, unlawful arrest, detention and seizure of mobile telephone of Caleb and another journalist of Citi FM/Citi TV, Zoe Abu-Baidoo Addo.

OccupyGhana also expressed similar sentiments when it said in a statement issued on Friday to condemn the operatives for poorly handling the alleged unlawful filming by Caleb Kudah.

â€œWe have no faith that the National Security Ministry can provide a satisfactory investigation into the damning allegations and therefore would like to advise the Government to set up an independent body of inquiry into the matter,â€ OccupyGhana said.

The National Security operatives stormed the offices of the Accra-based media house to arrest Zoe on grounds she was an accomplice in the alleged unlawful filming of the parked vehicles.

Prominent legal practitioner and journalist, Samson Anyenini, and legislator, Samuel Okudzeto Ablakwa, have also called for an independent probe into the alleged torture and other abuses of the rights of the Citi FM/Citi TV journalist.

The legislator for the North Tongu Constituency has said the institution being accused cannot be allowed to investigate itself.

â€œAn independent investigation into the alleged brutalities against Caleb and the traumatic experience Zoe was exposed to, not National Security investigating itself, is the only process that will engender confidence and make the public trust the outcome as a credible one. The Akufo-Addo Administration must stop this incestuous charade by showing real commitment,â€ Okudzeto Ablakwa shared his views on social media.

On Friday, May 14, 2021, Samson Anyenini also said it does not make sense for the National Security Ministry to offer to investigate itself in the matter.

He told the Super Morning Show on Joy FM that a public enquiry into the persistent accounts of torture by civilians at the hands of operatives of National Security would be the way to go.

Caleb has disclosed following his release that he had gone to the headquarters of the National Security Agency to verify a claim that some saloon cars that had earlier been left in the sun for many months have been allocated.

The broadcast journalist has said he still feels pain all over his body after several bouts of slaps, punches and kicks at the hands of National Security operatives on Tuesday.

â€œI feel pains in my back and then in my sideâ€¦my ribs. When people look close they say they see some marks here,â€ he said on Citi TV's Point of View, pointing to his neck.