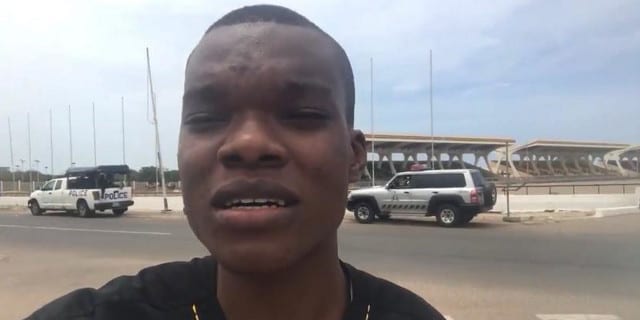 Broadcast journalist, Caleb Kudah, has said he still feels pain all over his body after several bouts of slaps, punches and kicks at the hands of National Security operatives on Tuesday.

â€œI feel pains in my back and then in my sideâ€¦my ribs. When people look close they say they see some marks here,â€ he said, pointing to his neck, â€œbecause I was slapped from the back.â€

The Citi FM/Citi TV journalist was detained for several hours on Tuesday, May 11, 2021, for filming at the headquarters of the National Security Agency.

After his release hours later, he explained that he was manhandled by both plainclothes and uniformed police and military personnel of the agency for entering the security installation without permission.

â€œThey were bent on dealing with me because then they took me to a small postâ€¦by this time a plainclothes gentleman had come in and said â€˜these are people causing problems for us. Already there is tension in the systemâ€¦â€ Caleb Kudah spoke about his experience for the first time on Citi TVâ€™s Point of View on Wednesday, May 12, 2021.

He said even after showing the security operatives his Citi FM/Citi TV ID, they would not spare him.

â€œOne of them said â€˜take his statementâ€™. They pushed me into a chair. They slapped me from the backâ€¦you will be talking to one of them and someone will just slap you from the back and you feel dizzy at once,â€ he told the host of Point of View, Bernard Avle.

Caleb Kudah had gone to the headquarters of the agency to verify a claim that some saloon cars that had earlier been left in the sun for many months have been allocated.

Ghanaian state agencies have been in the news many times for importing vehicles that are not put to good use but left in the sun to rust and rot away, usually over political reasons.

Caleb said his recent interest in the vehicles parked at premises of the National Security Agency is informed a tip-off that the vehicles have not been put to use.

â€œAt this point, they had handcuffed me and every now then one of them would come and press the handcuffs harder so that I feel the hurt [on my wrist].

â€œAlong the line [one Colonel Agyemang] entered. He came in some green shirt, he looked very civil and nice so I tried to talk to him that â€˜boss please help me.' By this time, they had taken me out. Immediately he [Col Agyemang] said I should kneel down and then he kicked me [in the groin],â€ Caleb narrated his torture experience further.

He said he has been to the hospital and has been given some medications.

Before his ordeal on Tuesday, Caleb Kudah had posted a video on social media about the heavy police presence at the Black Star Square on Sunday, May 9 in their bid to scuttle a planned demonstration as part of the #Fixthecountry campaign.

Many are speculating that his critical but humourous comments in that video about security personnel could have triggered the torture at the hands of the National security operatives.

Ghana's National Security operatives are notorious for assaulting civilians and government officials, use of excessive force and many unlawful conducts. 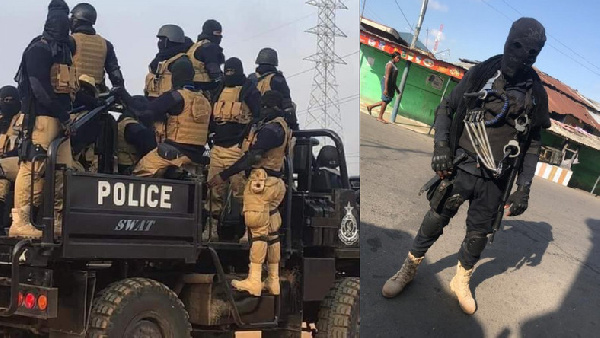 Under different administrations, they have grabbed headlines for a myriad of anti-democratic activities.

Under the current News Patriotic Party (NPP) government, the height of the excessive show of force was during the Ayawaso West Wuogon by-election. Â Led by DSP Samuel Koo Azugu, the operatives shot many rounds of bullets and brutalised persons they suspect were attempting to disrupt the by-election. A Commission of Inquiry was instituted to look into that incident.

â€œTheir hands are just so big and thick. One slap is murderous,â€ Caleb sums up his torment at the hands of the operatives.