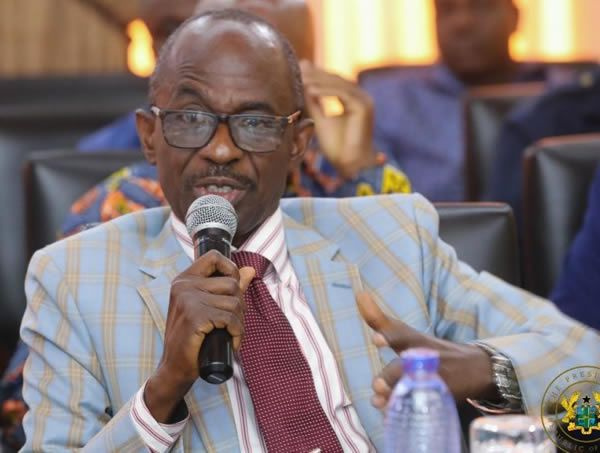 General Secretary for the NDC Johnson Asiedu Nketia says the resignation of the Deputy Minister for Trade and Industry Carlos Ahenkorah is not enough.

According to him, Carlos Ahenkorah needs to be prosecuted the same way some ordinary Ghanaians have also been prosecuted for flouting the Covid-19 protocols.

"So we are calling for the prosecution of Carlos Ahenkorah, resignation is not part of our laws and Covid-19 protocols if they have taken that administrative step fine we agree but are waiting to see that they are prosecuted the same way that the ordinary men on the streets have been prosecuted."

A statement from the Presidency signed by the Director of Communications, Eugene Arhin said President Akufo-Addo has accepted the resignation from office of the Deputy Minister for Trade and Industry, Carlos Kingsley Ahenkorah with immediate effect.

President Akufo-Addo is admonishing all of his appointees to bear in mind that they are to provide leadership, at all times, for adherence to the protocols that have been established to help the nation defeat COVID-19.

In accepting the resignation, the President recognises that Hon. Carlos Ahenkorah has acted honourably in the circumstances by resigning his office, and wishes him well.