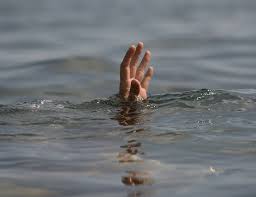 A class six (6) pupil has drowned in the Volta River. The incident occurred at Mamakope a fishing community near Atimpoku in the Eastern region.

The body of the deceased, Ayuba Zebelo, has been deposited at the VRA Hospital.

Currently, all schools in Ghana have been shut down by the government as a preventive measure to control the spread of coronavirus which has infected 16 people in the country as of March 20, 2020.

Reports indicate the deceased pupil went to to the riverside with his 15-year-old friend -Godfred, to wash their cloth after which they decided to swim. Godfred attempted to save his friend who was drowning but nearly got drowned as a result.

A local fisherman on the river who saw the children drowning quickly paddled his canoe to the scene and managed to rescue the 15-year-old.

The deceased who was later retrieved was pronounced dead on arrival at the VRA Hospital.

The Asuogyaman District Public Relations Officer of the National Disaster Management Organization, NADMO, Eric Asare confirmed the incident to Starr News with additional information that â€œboth went to the riverside to wash their cloth then later decided to swim and unfortunately the incident happened. So a certain fisherman on the river saw them.

â€œEventually, Godfred the 15-year-old JHS 1 student who went to the riverside with him tried to rescue the deceased but they were both drowning but when the fisherman got there he was only able to save Godfredâ€.

Many people continue to drown in the Volta River in spite of the continuous public education on safety precautions by NADMO.

â€œThis is not the first time and I donâ€™t think this will be the last. Because weâ€™ve done lots of education for them to use life jackets but they donâ€™t listen. They always think they know how to swimâ€.

A World Health Organization report in 2018 indicated that drowning is the 3rd leading cause of unintentional death worldwide, accounting for 7% of all injury-related deaths. An estimated 360,000 annual drowning deaths are recorded globally with children and women with increasing access to water most at risk of drowning.