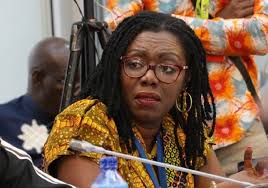 A member of the Parliamentary Select Committee on Communications has called for a broader consultation in the StarTimes Agreement to ensure value for money.

The Member of Parliament for Ningo Prampram Constituency in the Greater Accra Region made the call in an interview with PrimeNewsGhana on the way forward for the StarTimes Agreement.

Under the Agreement with the government of Ghana, StarTimes, a Chinese Company, will extend satellite TV to over 300 villages across the country which has a linkage with the DTT project.

But the Minority MPs and other stakeholders have raised concerns about the Agreement, saying the government did not do proper due diligence on it.

Mr. Sam George argued that because of the tax waivers granted StarTimes, the contract was reviewed only by the Finance Committee of Parliament, which only looked at the figures involved.

The National Democratic Congress (NDC) MP is of the view that a broader stakeholder consultation is imperative to ensure value for money.

The Ghana Independent Broadcasters Association (GIBA) had insisted, Chinese company StarTimes deal with government to extend satellite TV to over 300 villages across the country has a linkage with the DTT project.

GIBA maintains it will continue to fight for the rights of broadcasters against moves to mortgage the Ghanaian broadcasting space to StarTimes.

Meanwhile, government has dismissed claims by GIBA that the government has signed an agreement to hand over the management of the country’s national digital television transmission platform to StarTimes of China.