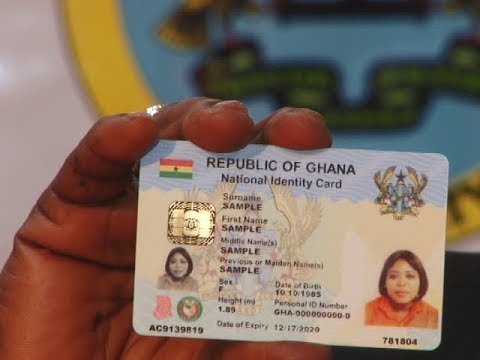 Accra High Court has dismissed an injunction application seeking to stop the National Identification Authority from continuing with its Ghana Card registration in the Eastern Region.

According to the court, the NIAâ€™s decision to go ahead with the registration is not against the Presidentâ€™s directive suspending all public gatherings.

The Judge, Justice Anthony Oppong explained that the directive did not stop operations of businesses but rather asked operators to observe certain protocols including social distancing.

Kevow Mark-Oliver and Emmanuel Akumatey Okrah sued the NIA and succeeded in securing an interlocutory injunction preventing the NIA from going ahead with the exercise.

Following the injunction application filed at the High Court restraining the ongoing registration, the NIA subsequently suspended the Ghana Card registration exercise in the Eastern Region due to the injunction.

Justice Oppong in his ruling also likened the application to a drunken giant walking on the lips of a mosquito.

The ruling was given despite an application for withdrawal of the case. In Justice Oppongâ€™s view, the applicants did not get leave of the court to withdraw the case.

A GHS3000 cost was however awarded against each of the applicants.

The dismissed case is however different from the one filed by the 30 individuals which the High Court has granted an injunction on.

This suggests that the NIA cannot proceed with its registration because the injunction secured by the 30 individuals against the exercise is still in force.

The National Identification Authority, NIA said they have not violated President Akufo-Addo's directive on public gathering aimed at preventing the spread of Covid-19.

Ghana Medical Association (GMA) and other groups have asked the NIA to immediately suspend its Ghana card registration in the Eastern Region.

NIA in a Facebook post said "The NIA's decision to continue with the mass registration exercise after this Presidential directive has come under severe criticism condemnation, with some describing the ongoing registration as defying the orders of the President and calling for the immediate cessation of the exercise."