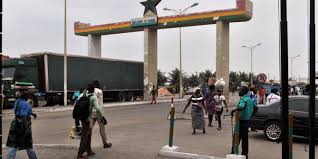 The rise in the Covid-19 cases in Aflao in the Ketu South Municipality has forced the Volta Regional Health Directorate to begin enhanced testing in the area.

Recorded cases in the town have risen from 6 to 21.

The border town will now see it residents screen by the health officers. According to the Health Directorate in the region, this will help know how the virus is spreading in the area.

Deputy Health Director in charge of public health Dr Senanu Dzokoto explained that because the place is a border town the is frequent movement in the area.

This puts most people in the area at risk

â€œWhen you look at the borders people usually commute frequently because of that if you work within those areas you are going to get in touch with a lot of people, the drivers and riders also usually come in contact with people who travel so we are looking at those who have relative risk and if it is necessary that we even go to the market and screen people we will do that just for us to have a firm idea of the spread of the disease, not necessarily those who are asymptomatic or those who have symptoms..â€

The positive news is some 229 people have fully recovered and discharged.

The latest update comes from the results of 3,552 samples that were tested by the various testing centers across the country.

This was contained in the Ghana Health Serviceâ€™s (GHS) regular update on the situation of the disease in the country.

Regional breakdown
The Greater Accra region still leads as the region with the highest number of confirmed cases followed by the Ashanti Region and the Eastern Region.