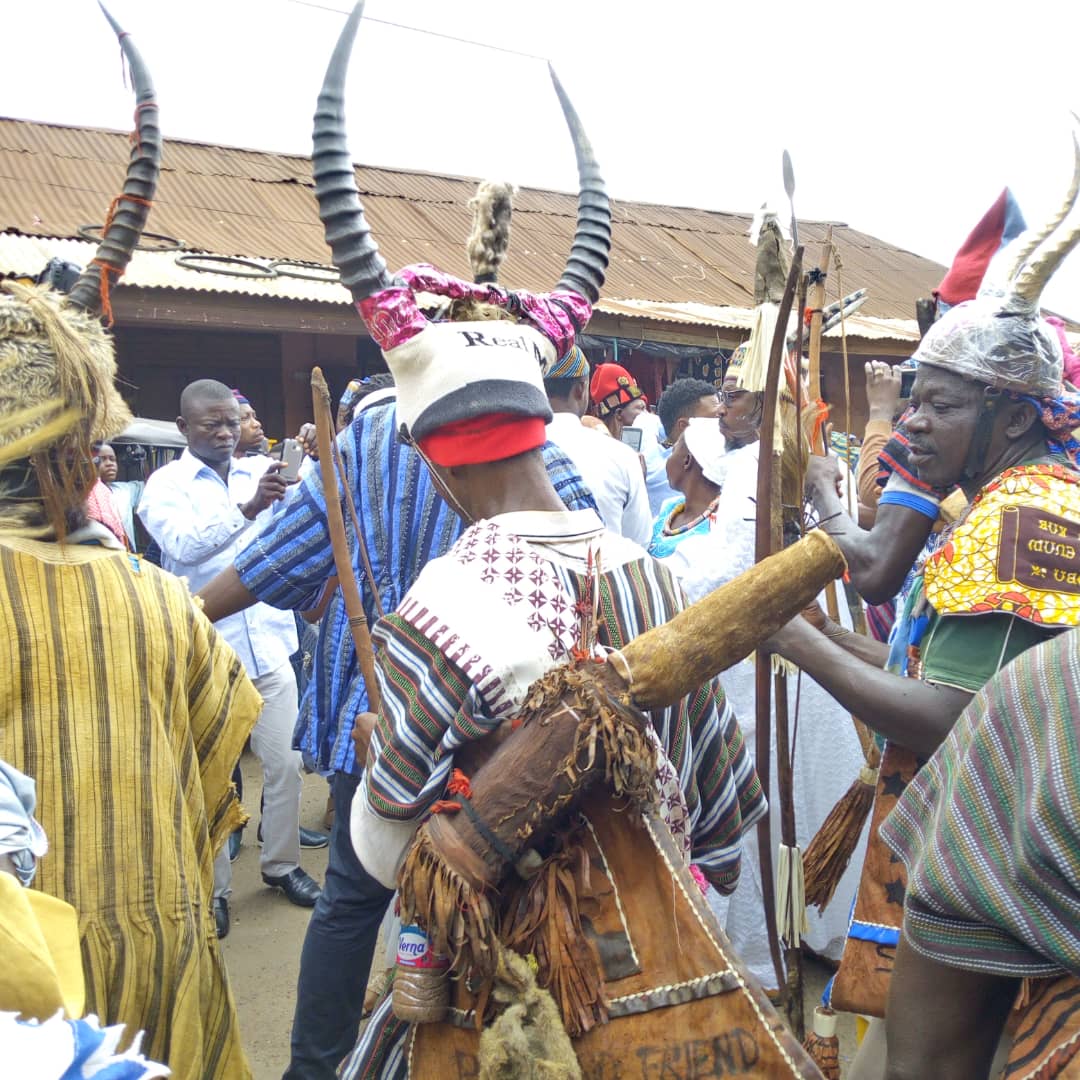 There was an abundant display of rich cultural and traditional heritage at the Kumasi Jubilee Park on Sunday during the outdooring of the new Guruma chief of the Ashanti Region.

The new Chief, Alhaji Mohammed Farid Abu succeeded his father, Late Alhaji Ibrahim Mohammed Abu, who passed on during the COVID-19 lockdown in the Grater Kumasi area in March this year.

The ceremony also witnessed the performance of the final funeral rites for the late Alhaji Ibrahim Mohammed Abu.

The streets of Kumasi was awashed with spectacular display of Guruma culture and traditions when the chiefs and people made a triumphant walk to and fro the Jubilee Park on Sunday, October 11, 2020. 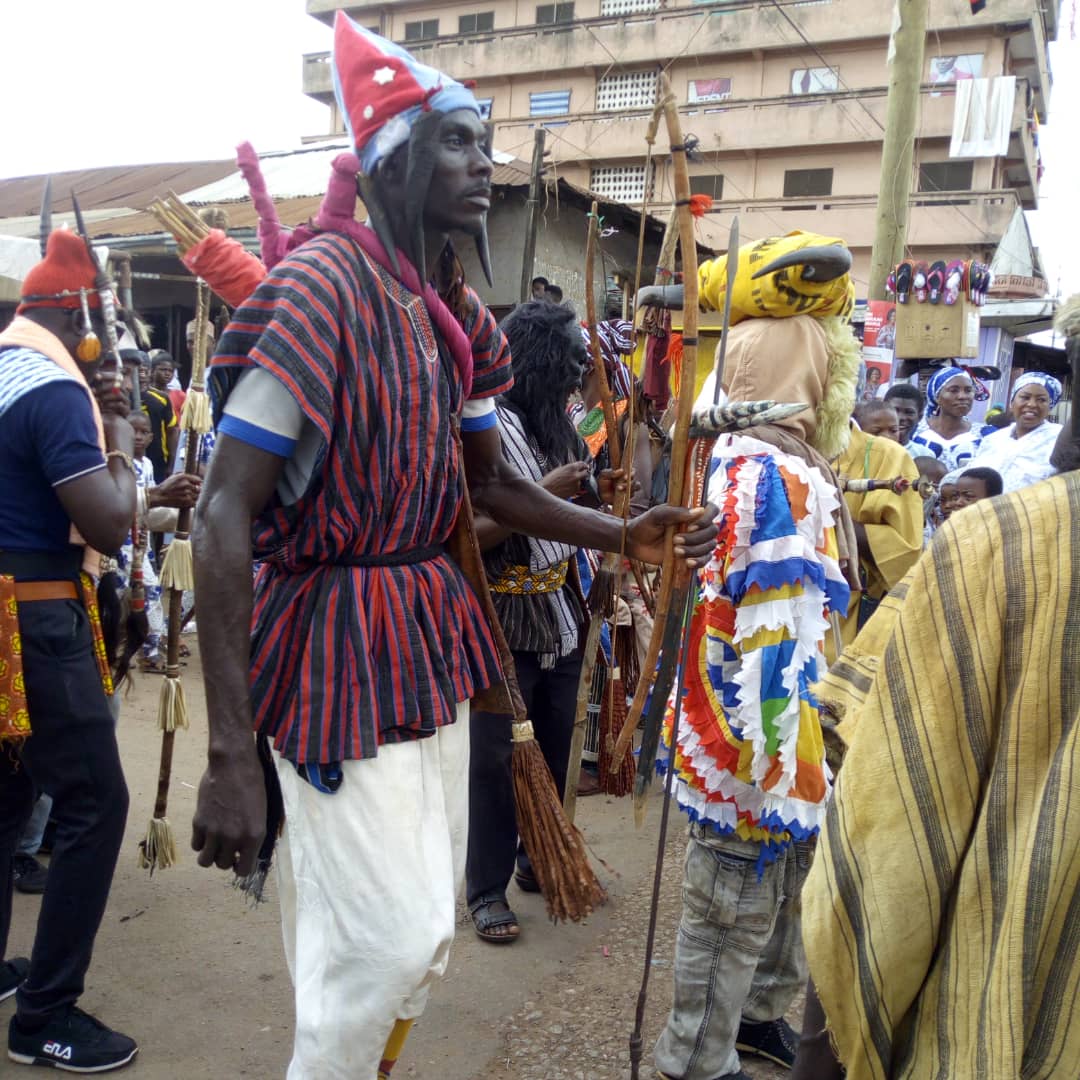 In accordance with customs and traditions, a group of warriors dressed in full traditional war regalia led the chiefs amidst drumming, singing, chants, and horse riding.

The New chief also rode on a decorated white horse in the company of his sub chiefs and warriors.

It was sight to behold by the hundreds of observers who thronged the area to have a feel of the tradition.

There was a display of immaculately woven smocks of different sizes, colours and shapes to commemorate the memorable occasion. 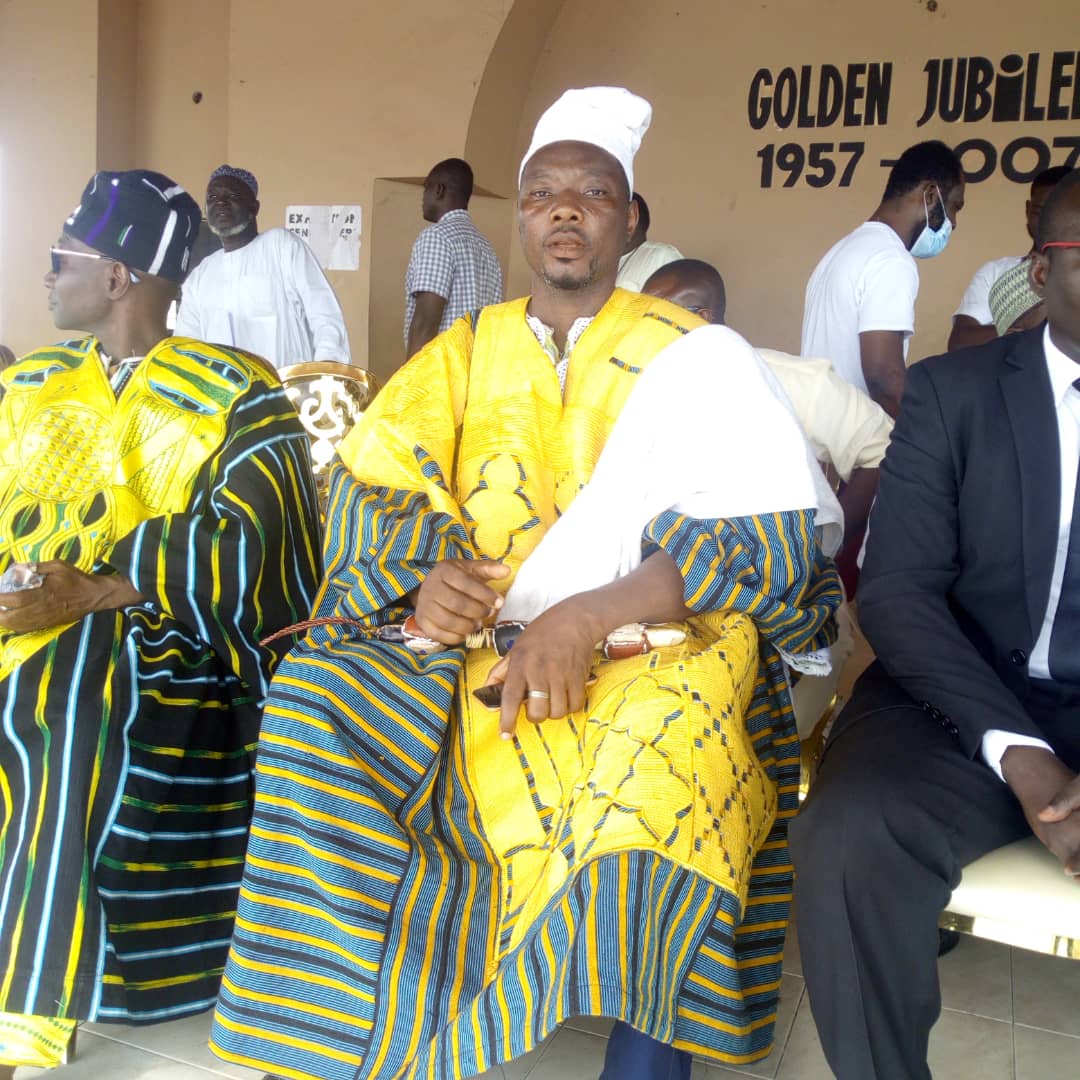 A number of dignitaries from diverse ethnic, religious, and political backgrounds graced the occasion. They include the Chief of Kpikpira, Naaba Dazur II , Biisinaab, Bernard Mornah, General Secretary of the NDC, Asiedu Nketiah (Rep of President Mahama), Member of Parliament for Asewase, Alhaji Muntaka Mubarak, Secretary of the Pharmacy Council, Dr Abdul Rauf, who represented the Vice President Alhaji Dr Mahamidu Bawumia, among others. 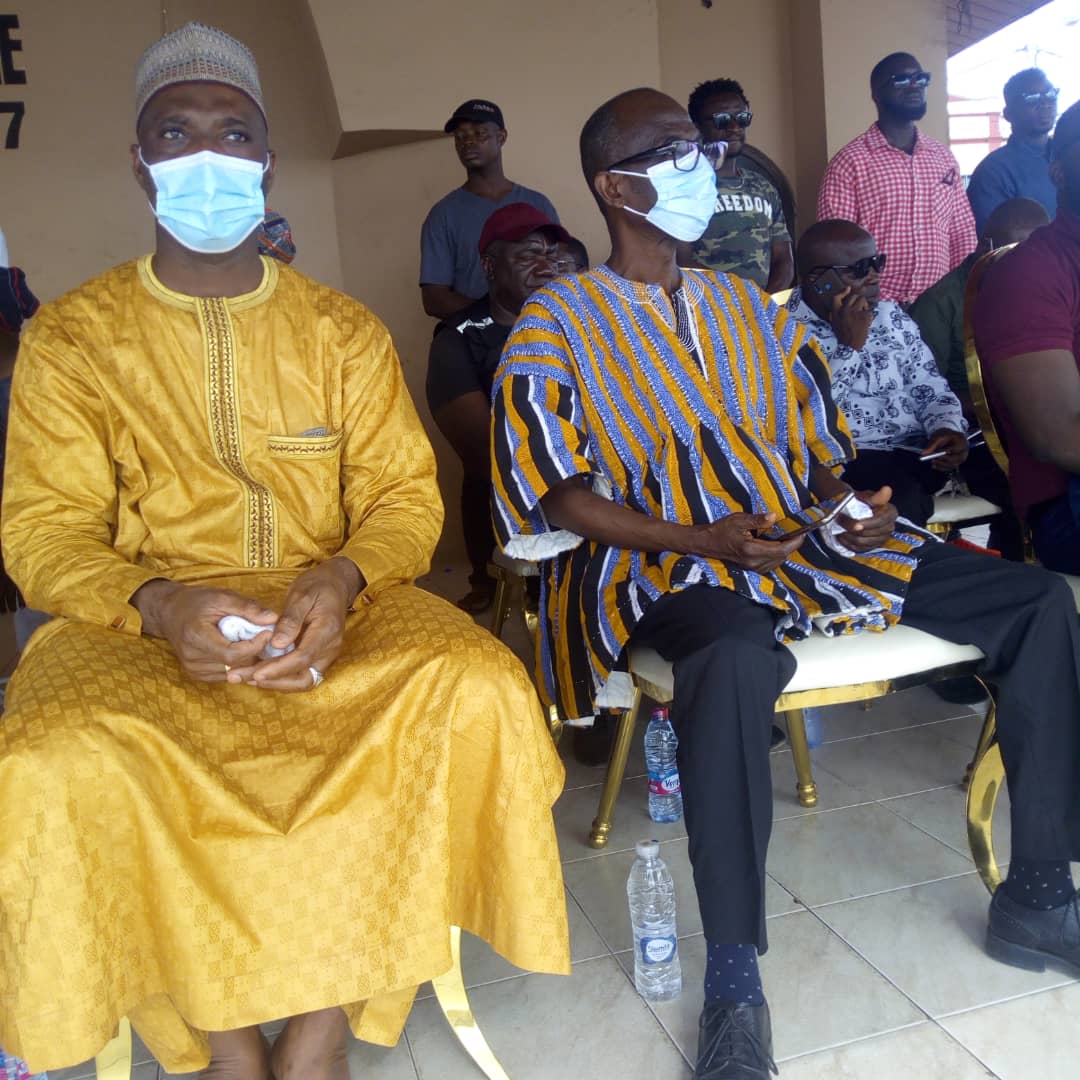 Guruma people
Gurma is an ethnic group that is chiefly centred on the town of Fada N’Gourma in eastern Burkina Faso, although smaller numbers inhabit northern Togo, northern Benin, and southwestern Niger, Upper East and North East Regions of Ghana

They speak a language of the Gur branch of Niger-Congo languages. Like the closely related Mossi, Konkomba, Tallensi, and LoDagaa, the Gurma are believed to have migrated from the Gambaga Scarp (escarpment) of present-day northeastern Ghana.

Addressing the gathering, Naaba Dazur II congratulated Alhaji Mohammed Farid Abu on reaching the milestone and pledged his support to make his reign a success.

"Those who thought our younger brother will not be a chief is a lie. We'll support him and we will make sure he succeeds. Northerners are one and we will remain to be one," 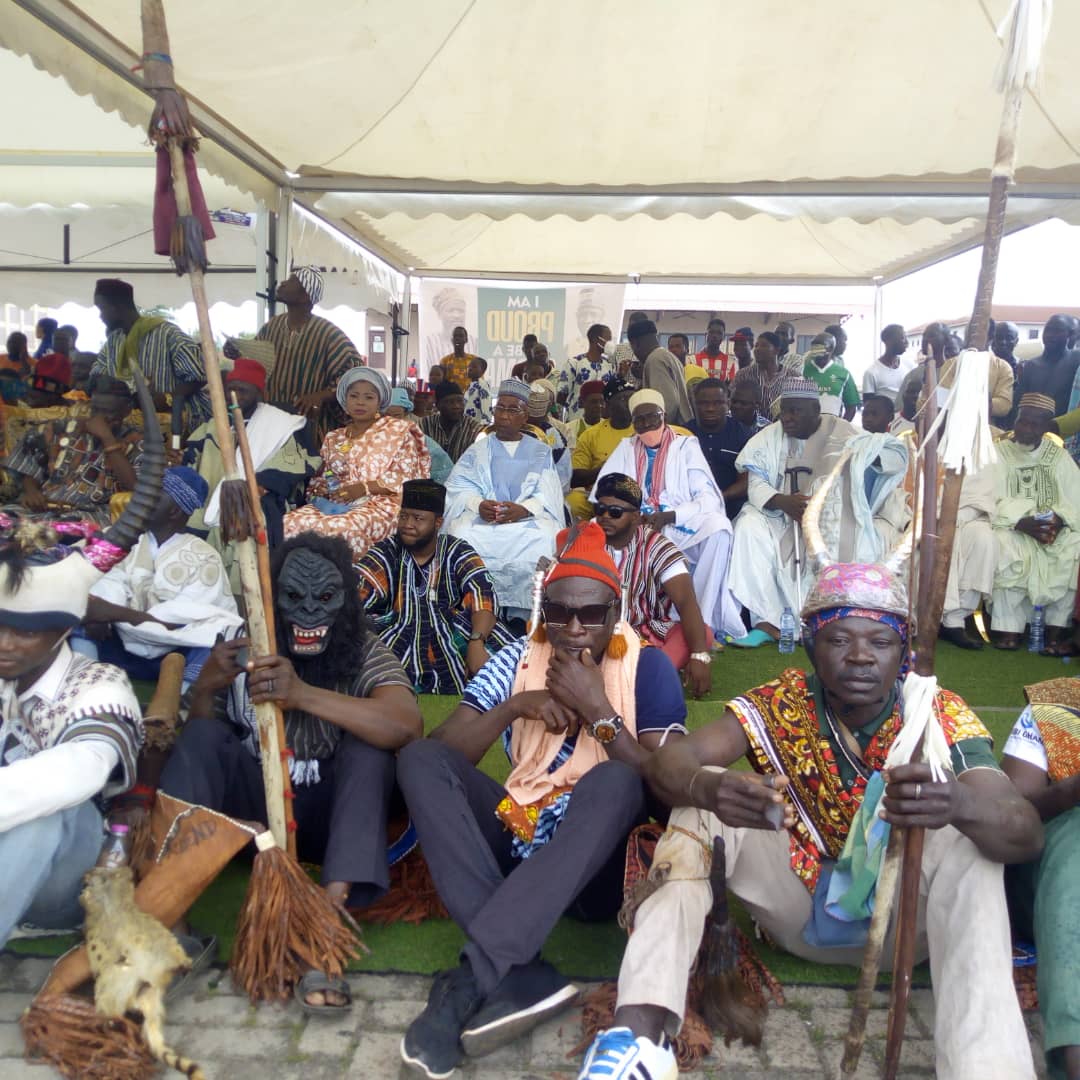 Naaba Dazur II admonished the Northern youth to desist from untoward conduct ahead of the general election to "shame those who think northerners and Zongos are violent."

Biisinaab, Bernard Mornah who was Chairman of the magnificent occasion, asked the oracles to grant the new chief wisdom and ideas to transform the well-being of the Gurma people.

"In your reign, wisdom must fill you to succeed. Note that this tumultuous gathering is a testament of the good deeds of our departed Chief," he said. 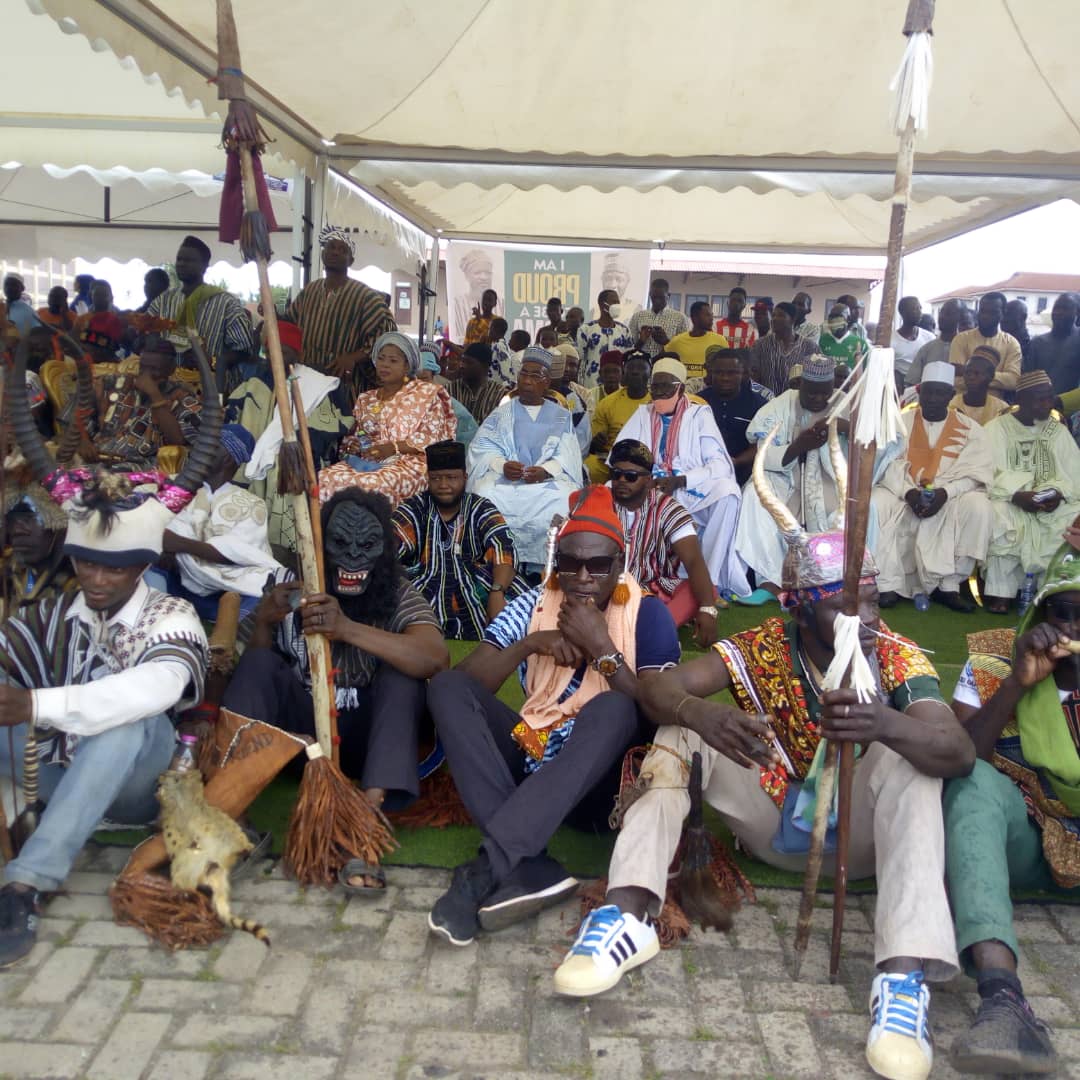 For his part, Mr Asiedu Nketia urged the new chief to continue the good works of his father and assured that the NDC would continuously keep the interest of the Muslim community at heart. He said the NDC recognizes that Ghana is made up of people of varied ethnic groups and would work to protect the diversity of Ghana unlike "those who are breeding tension instead of national cohesion"

Dr Abdul Rauf Moomin, said the many inniatives by the Akufo-Addo government such as Free SHS, One village, One dam, one million dollars per constituency and the Zongo Development Fund must interest the Gurma community.