Deboardinized Ejisuman girls may become prostitutes if they don't learn from this - Prof. Stephen Adei 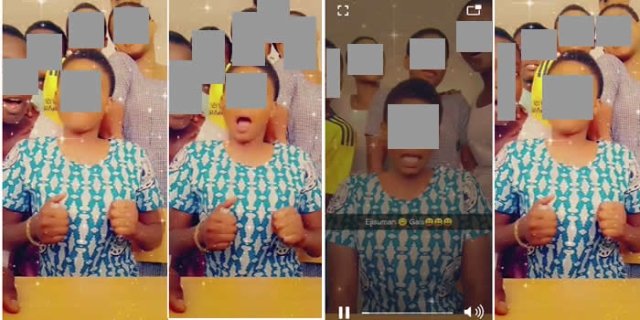 The girls were expelled over the content of a social media video that went viral.
Shares

A former Rector of the Ghana Institute of Management and Public Administration and an Educationist Prof. Stephen Adei says the seven deboardinized Ejisuman Senior High School girls should take lessons from their actions.

Mr Adei speaking on the Joy Super Morning Show said the girls must take great lessons from this issue to guide them to turn a new leaf.

He said if the girls do not learn from this, then they may turn prostitutes in the near future.

"For the punishment to reform them, it depends on whether they are people who learn from mistakes or not. We must also look at the message this will send to the numerous students out there as well and not just the seven girls alone. They are being deboardinized and not being denied education and if they will not learn from this, I am afraid they are on their way to becoming prostitutes."

The seven girls who are all final year students were deboardinized after being accused of using a mobile phone â€“ which is prohibited in basic and high schools â€“ to â€œintentionally upload a video on social media where unprintable words that border on sex were spewed out.â€

They were sacked from the boarding house effective February 6, 2020, pending a final determination of their fate by the schoolâ€™s Board, a letter to the Ashanti Regional Director of Education said.

Although the schoolâ€™s management is yet to speak after issuing the statement, the Ashanti Regional Student Representative Council Coordinator, Raphael Sarkodie called for intensified guidance and counselling in Senior High Schools.