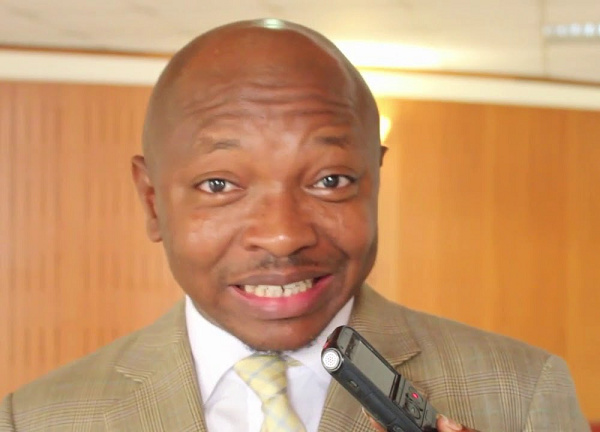 Kumbungu MP, Ras Mubarak has backtracked on his decision to support the 'Yes' vote against his party's stance on the December 17 referendum.

After coming out to back a Yes vote in the referendum which is to decide on allowing political parties to sponsor candidates at district level elections, Mr. Mubarak now says he has been convinced to follow the party line.

In a statement, he said it was wrong for him to have deviated from the NDC’s position

“Upon a sober reflection and advice from very distinguished senior party members, especially the Parliamentary leadership, I have come to the conclusion that It is improper to deviate from my party’s official position for a NO vote in the upcoming referendum on Article 55(3) of constitution.

I recognize that my personal position must be subsumed under the broader interest of the party. I have therefore decided to uphold the party’s position for a NO vote on the matter.”

Mr. Mubarak had initially argued that political parties were already involved in local level elections thus a NO vote was the way to go, a position contrary to what the NDC espoused last week.

He was speaking during a radio interview on Accra based Okay FM on Tuesday.

The referendum is to decide on the proposed amendment of Article 55 (3) 1992 constitution that will enable political parties to sponsor the candidates.

Human Right and Governance Centre is calling for the cancellation of the upcoming December 17 referendum.

Executive Director for the Centre, Lawyer Martin Kpebu in a radio interview said it is not advisable to allow political participation at the local level.

"We are not happy with the NDC, NPP way of politics, so let's keep the current system the way it is, certainly on Thursday parliament is going to vote on the elections of the mayors, MMDCEs, so parliament will decide on that bill so it means that all things being equal parliament is going to pass that law so that the DCEs can be elected, that is sufficient let's take it one day at a time, as for making it on partisan lines I strongly oppose it, we are voting no in actually fact we are calling for a cancellation of the referendum...."