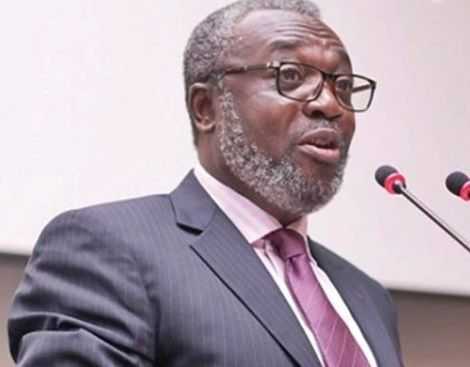 Presidential advisor on health Dr Anthony Nsiah Asare is asking Ghanaians not to doubt the Covid-19 recovery figures released by the Ghana Health Service over the weekend.

According to Dr Nsiah Asare, the surge in recovery figures is as a result of the good work they are putting into the fight against the Covid-19 pandemic.

Special Aid to former President Mahama, Joyce Bawa over the weekend questioned the recovery figures put out by the GHS. She said in a tweet that “How the hell did 790 more people recover overnight!! We need to put these numbers to strict proof!!.”

Her comment was criticised by some Ghanaians on social media.

But investigative journalist Manasseh Azuri believes her action was the right one. He also said in a Facebook post that“When I saw the latest number of Covid-19 recoveries, I was happy, but the first question that hit me was: “how did it happen”? I’m not doubting those responsible for putting out the figures, but I need to know how the testing of those being treated is done before they are declared fit. Are they done based on each patient’s state of health and they are announced as and when they test negative for the second time or they are done in bulk for which reason we had this exponential rise in recoveries in one day?

“It is not wrong to ask questions. It’s not wrong to interrogate figures. If all along we’ve been recording single and low double digits of recoveries, and one day we are giving such a huge figure, one is inclined to seek further explanations. And it won’t be wrong for those who put out the figures to give that information. Whenever there was an abnormal rise in the number of reported cases, we were given reasons. For instance, we were told how a factory in Tema led to the rise on one occasion. They told us why some figures were up abnormally because of the mandatory quarantine and testing,” he noted.

He added, “So spare those asking questions the insults. It is obviously good news, and we must celebrate. But any honest person, including those insulting Joyce Bawa Mogtari, would admit that their first reaction, after seeing the figure, had some elements of surprise and questions about how it happened. If you decide to take it without interrogating the figures, it’s your right to do so, but don’t vilify those who need further explanations.

“Accepting everything from the state or government without questioning is not a strength of character. It is a weakness of the mind. It is not patriotism. It is fanaticism.”

In a radio interview, Dr Nsiah Asare said a lot of samples were taken during the lockdown and the same approach has been deployed throughout the period.

"We are not doing what we call the sweep you know when you lock Accra and Kumasi down what you allow as traced the contact and test them."

"Why are people all of a sudden doubting what we are doing and doing right, we collect the data add them come out, nobody will hide anything, I'm very surprised why people are doubting it..."