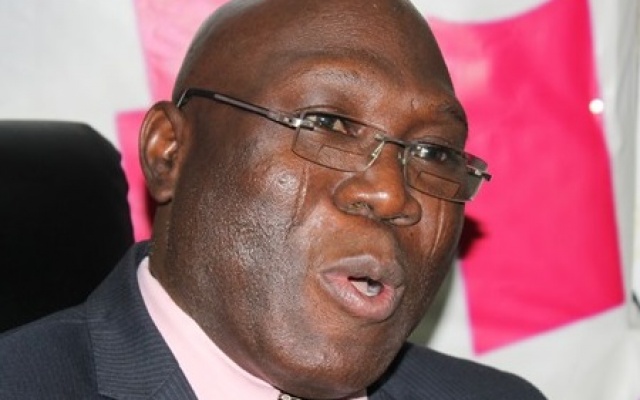 Former Member of Parliament for Tamale Central, Inusah Fuseini, has rejected allegations by Martin Amidu that the President twisted the arm some NDC MPs to get his ministerial nominees approved.

Martin Amidu, a former Special Prosecutor, alleged in a statement issued on Tuesday, May 25, 2021, that President Nana Akufo-Addo is to blame for the stateâ€™s failure to bring criminal charges against NDC Legislators who were cited in an audit report to have received doubled salaries.

The Double Salary scandal came to lightÂ in 2018. It emerged after a payroll audit that many ministers who served under former President John Mahama took double salaries for four years, while others received double salaries for two and three years, probably because they were reshuffled.

According to the audit, in 2012, four of the ministers took double salaries and are currently not serving in Parliament, but by 2013 the double-salaried appointees had increased to 22, while in 2014 about 18 were said to be involved.

Citing sources close Legislature and other government agencies, Mr Amidu alleged in the statement that the President instructed former Attorney General, Gloria Akuffo, not to bring charges against the MPs found culpable in the 2018 audit report.

According to Mr Amidu, the President would later use this alleged dirt on the NDC legislators sitting on the Appointments Committee of Parliament to compel them to approve his recent ministerial nominees.

Disagreement among NDC MPs over the approval of some of President Akufo-Addoâ€™s nominees seem to lend credence to Mr Amiduâ€™s serious allegations.

However, Mr Fuseini, who was one of the persons cited in the audit report to have received the double salary says Mr Amiduâ€™s sources have misled him because no criminal charges were brought against any of the Minsters in the matter, to begin with.

â€œMartin Amidu is acting on hearsay and he knows the rules against hearsay,â€ he said.

Inusah Fuseini told Joy FMâ€™s Top Story that even before the brouhaha surrounding the approval of the Ministers nominated for consideration of Parliament, he had predicted that it would be a miracle if any of the Presidentâ€™s nominees were rejected.

â€œI said that based on practice and convention. I am not aware that any deal was made between the NDC MPs on the Appointments Committee or the NDC Members of Parliament because all of them voted in the approval process to approve the ministerial nominee of the President in lieu of the dropping of the case.

â€œThe case itself was investigated in 2017 and 2018 after the preliminary statements were made, nobody was cautioned on any offence by the investigating authorities.Â  Nobody was charged at all. And so, to say that the case would have been prosecuted but for the deal, is clearly a fairy tale,â€ he stressed.