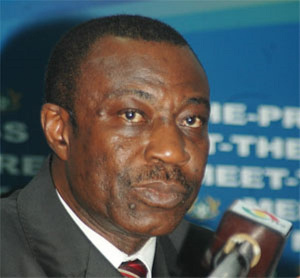 Presidential Advisor on the Economy, Dr Anthony Akoto Osei has denied commenting on the performance of the Minister of Finance, Ken Ofori-Atta and the Vice President, Dr Mahamudu Bawumia on their handling of the economy and the resultant seeking of support from the International Monetary Fund (IMF).

Audio in circulation on social media and published by some media houses has a voice purported to be that of Dr Akoto Osei describing the Vice President and the Finance Minister as "worse as each other" and therefore cannot help the New Patriotic Party to win Election 2024.

In a statement issued Thursday, July 7, 2022, reacting to the audio in circulation, Dr Akoto Osei denied "making these unfounded statements either in an interview or in an engagement with anybody."

"The voice in the leaked tape is emphatically not mine. Neither do I subscribe to the alleged comments," he stated. 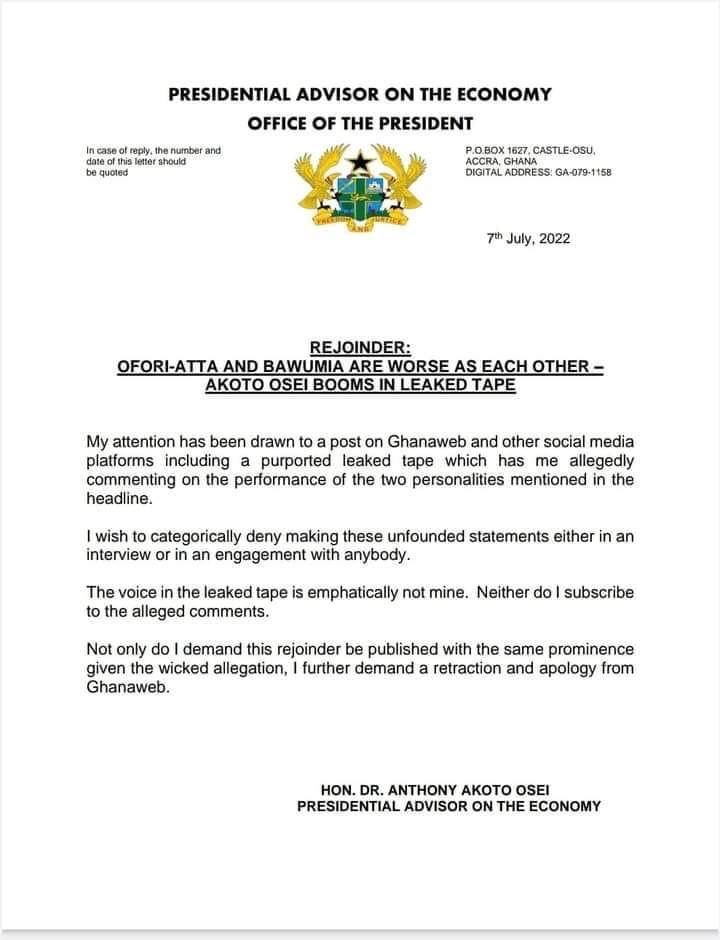