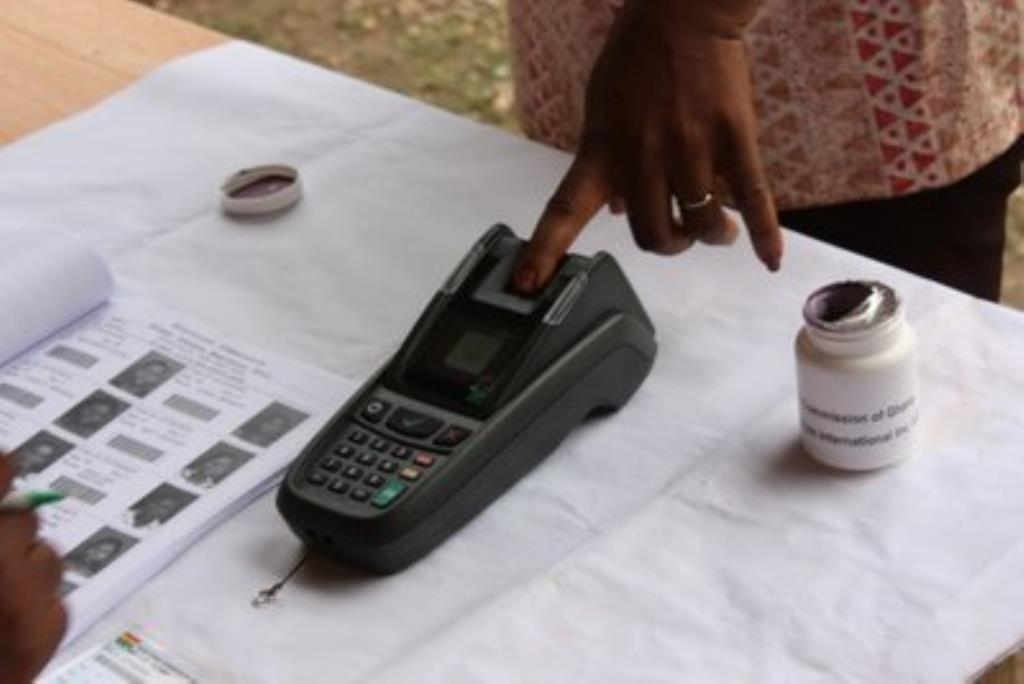 The Chairperson of the Electoral Commission, EC on Friday said a total of 74,800 Biometric Verification Devices, BVDs have been prepared and distributed to the districts across the country for the 2020 elections.

Mrs. Jean Mensa stated that the enhanced features of the devices will speed up the verification process and ensure that only persons whose biometric details were captured on the system vote on Election Day.

Mrs. Mensa who was briefing members of the Council of State on the Commission’s preparedness towards the election said the devices had records of both fingerprints and the facial features of each unique individual.

“As a result, in the event where an individual has lost the use of his/her fingers, the facial recognition feature will be employed to identify the voter. We are confident that the use of both features will go a long way to enhance the integrity of the Polls,” she said.

She noted that to ensure transparency, the agents of the various political parties and the security agencies were monitoring the processes in all the printing houses.

Already she said as part of ensuring transparency, soft copies of the register, which include multiple and proxy lists to the political parties.

The EC Chair said the Commission had recruited 233,632 temporary officials made up of Returning Officers and their Deputies, Presiding Officers, Verification Officers, Name Reference Officers as well as a COVID-19 ambassadors for the December 2020 Elections.

Mrs. Mensa explained that a comprehensive training program has been drawn for each category of officials and would be equipped with the requisite skills to enable them to perform excellently on Election Day.

Mrs. Mensa said the Commission had procured 74,800 brand-new biometric verification devices and was being prepared for the election.

She said the Commission had prepared a new Biometric Voter’s Register with a total voter population of 17,029,971.

“We are confident in the credibility and integrity of the 2020 Voters Register and are pleased with the collaboration and cooperation of the citizenry at all levels particularly at the district level, as well as the magistrates, to ensure that only eligible Ghanaians participated in the process,” she said.

She noted that 32,621 persons had been placed on the multiples and the exceptions list and other of these 18, 619 persons engaged in multiple registrations, 14, 002 engaged in various illegal practices including under-aged voting and voting by non-Ghanaians.

Nana Otuo Siriboe II, the Chairman of the Council of State commended the Commission for putting in place the right processes, COVID-19 protocols, and verification measures that enabled the compilation of a new and credible Voter’s Register in a record time of 38 days.

He praised the Commission for instituting ‘Let the Citizen Know Series’, the bi-weekly briefing that seeks to educate the public and address their concerns.

Nana Siriboe II who is also the Paramount Chief of Asante-Juaben Traditional area urged the EC not to rest on its oars especially as the election period draw closer.