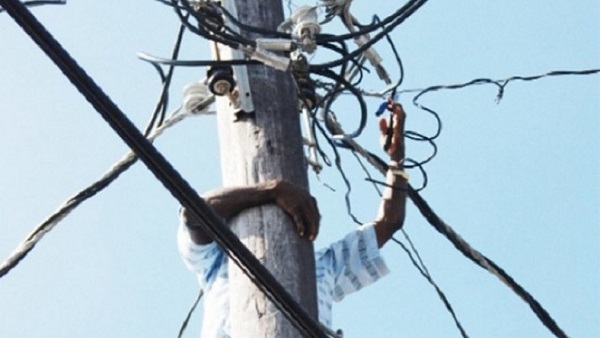 Some GH¢200,000 has been retrieved by the Electricity Company of Ghana (ECG) at Dansoman.

The said amount was recouped from illegal activities by some residents in the area.

Vincent Osei Appiah the Dansoman District Manager of the ECG, says a special monitoring team set up to audit electrical connections in factories, warehouses and workshops led to the uncovering of the canker.

“The identified customers were engaged in illegalities such as direct connections, meter tampering and meter bypass,” he told Daily Graphic.

He added that following the success achieved by the task force so far, the scope of its operations would be expanded to include all categories of customers in the district.

The Dansoman District is one of seven operational districts of the ECG in the Accra West Region.

The acting General Manager, Accra West Region of the ECG, Mr Emmanuel Ankomah, warned that the region would wage a relentless “war” on all illegal activities as the Christmas season beckoned.

“We want to make the Accra West Region the model for others to emulate. Special measures, including strategic partnerships with the security agencies, have been taken to identify, surcharge and rectify all illegal connections in the region,” he said.

Mr. Ankomah advised ECG customers to report any suspected illegal connection to the nearest ECG office and pledged that aside from the identity of the whistleblower being protected, “there is a cash reward for the informant”.