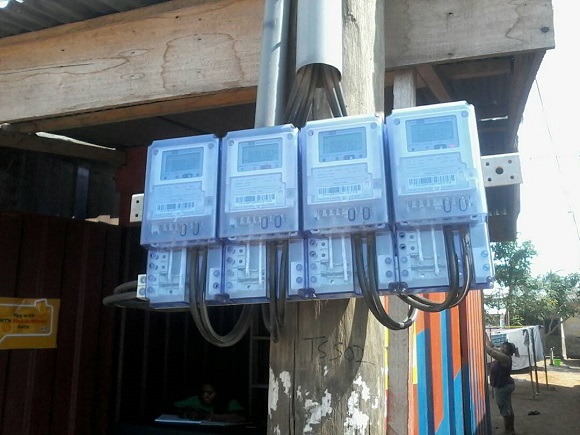 An electrician, Henry Teye Adijrackor, 48, has been sentenced for stealing electricity meters and selling them.

He was slapped with four charges but only pleaded guilty to the 4th one which is “intentionally and knowingly interfering with the distribution system of the Electricity Company of Ghana by installing electrical meters in Chorkor at a cost of GH¢650.00 without authorization from ECG”.

The said illegal meter installation was done in homes at Chorkor in the year 2021.

The court convicted the electrician on his own plea, and he was charged with 450 penalty units which attracted a GH¢5,400 fine or in default serve a year in prison.

On the 1st, 2nd and 3rd counts, he pleaded not guilty and has since been granted a GH¢20,000 bail with one surety who must be a resident in Accra and earn at least GH¢1000.

According to the charge sheet, the electrician and his accomplice admitted to the illegality but added that, “the meters were disposed of by the ECG Tema region and were later sold to them around the Agbogbloshie scrapyard”.

But, investigations established that, “the meters were stolen, and the original meter numbers covered with another one”.

Another accused person, an electrical engineer, Daniel Abban was absent from court with no reason.

The court granted the prosecution a warrant of arrest.

The complainant in the case according to the fact sheet is a staff of ECG who took notice of the illegalities during his routine meter reading duties in the Korle Bu district of ECG.

The defence lawyer for the accused, Lambert Keriba, wanted the 4th count retaken for the accused to respond to because he was jittery but the judge, His Honour Bright Samuel Acquah declined the request.

The defence lawyer asked for bail on the basis that, the second accused was a law-abiding person with a fixed place of abode in Accra.

He willingly and gladly appeared before investigators when he was invited and not a flight risk person too.

Prosecution Paul Abariga said the plea for bail was moot in the sense that, the accused person can’t be granted bail in the face of a guilty plea on count 4 and that, the plea makes him a subject of court and must be sentenced or taken into custody to reappear for judgment.

Speaking to the media, the general manager in charge of investigations and prosecutions of ECG who doubles as the prosecutor, Paul Abariga, said “we would trace all illegal meters in the system to unscrupulous staff of ECG who are paid yet decide to engage in illegalities to deny the company of the needed revenue”.

He, however, cautioned the public to apply directly to the ECG for meter installations and not rely on people who present themselves as staff of ECG but are not.

Lawyer for the accused prayed the court to grant bail on the first three counts and, in the case of the fourth charge, be fair since the offence was a misdemeanour which should not attract more than 500 penalty units.