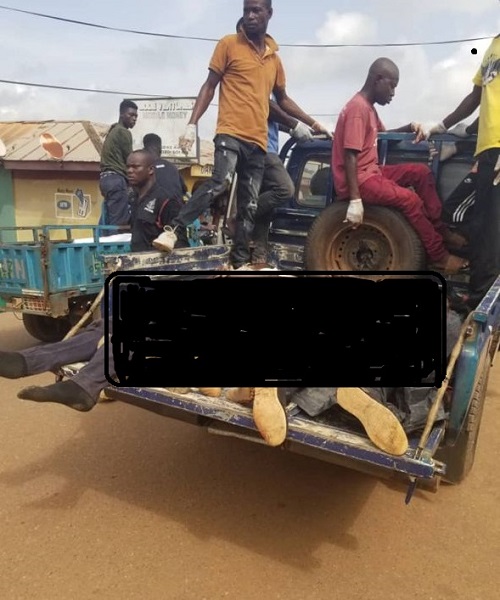 A violent chieftaincy dispute have resulted in the death of four people and one injured at Enchi in the Western Region.

This happened in the early hours of Sunday, November 6. The bodies of the deceased were earlier seen lying on street. The police have since carried the bodies to the morgue.

The Police in a statement said they have restored calm at Enchi and vowed to arrest the perpetrators to face justice.

The Service, said "investigation is ongoing and crime scene experts and reinforcement teams have been dispatched from the National Headquarters in Accra and surrounding Police Regions to support the Western North Regional Police Command."

It further urged the public, in this case, our revered chieftaincy institution which os the embodiment of our customs, traditions and values to use peaceful and due judicial process in resolving differences in order to avoid such arrested to needless deaths. 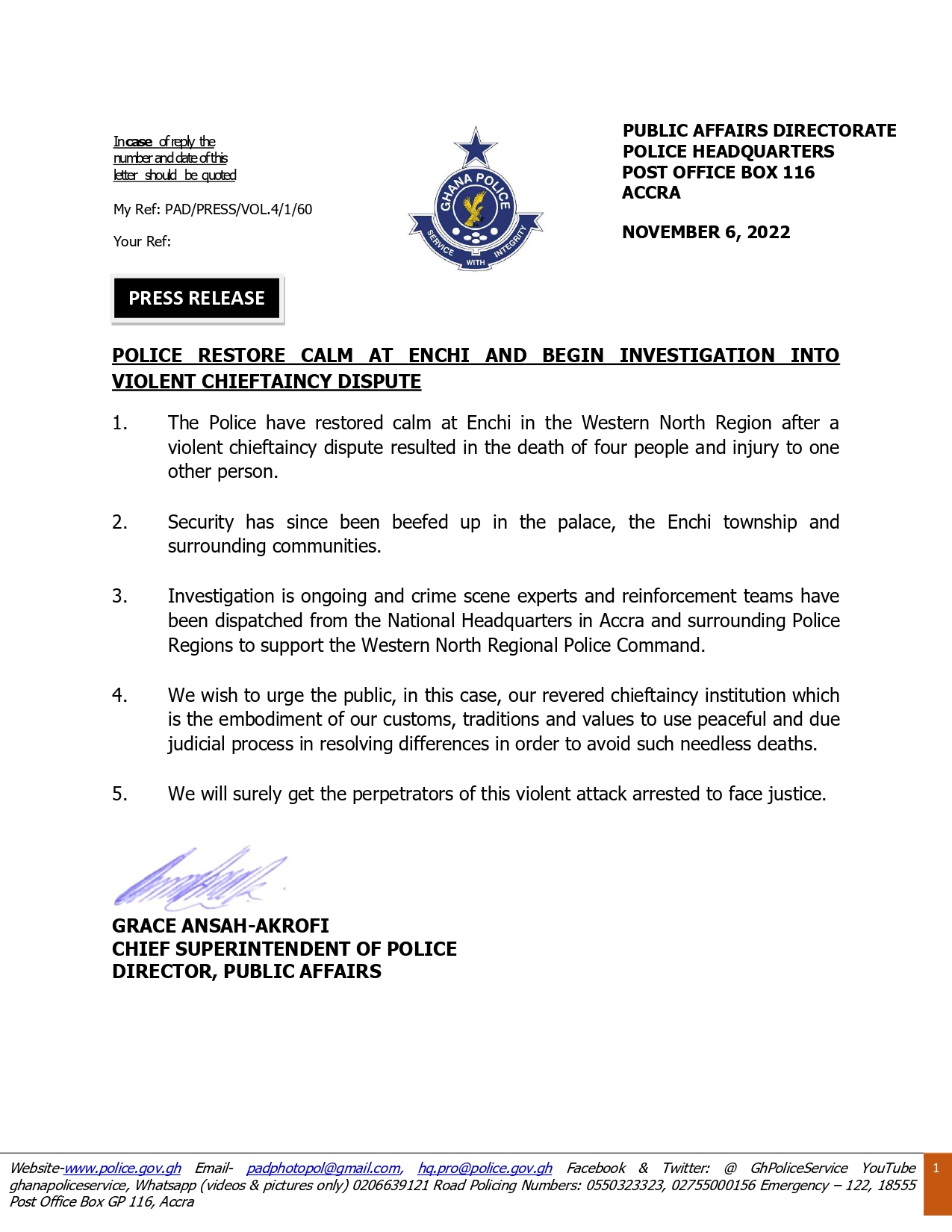