Ex-convict in court over fraud 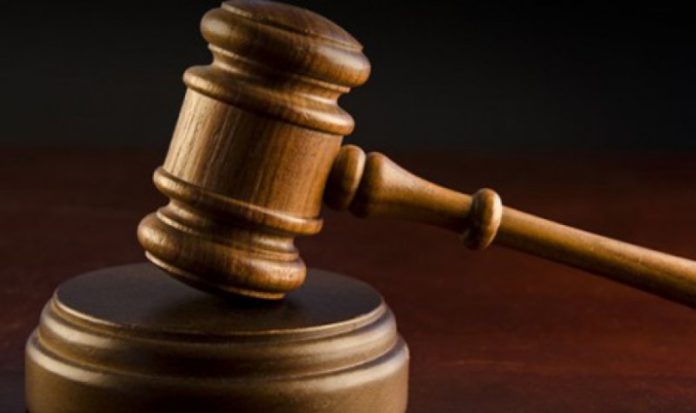 Businessman Charles Oppong Kyekyeku, who was jailed in the UK for fake invoices totaling £245,000 to Jones Lang LaSalle over two years, has been hauled before an Accra High Court for fraud.

He has since been granted bail by the Accra Circuit Court 4 presided over by His Lordship Justice Emmanuel Essandoh after spending a day in police custody due to his inability to meet the bail conditions.

According to the facts of the case, as presented to the court by the Prosecutor, Inspector Princess Tetteh Boafo, during the month of March 2020, the company secured a contract from the Government of Ghana through the defunct Ministry of Special Development Initiatives (MSDI) to supply spare parts to Ambulance Services.

The accused then initiated a process to procure the spare parts from AL Armani L.L.C (herein referred to as AL Amani), a Dubai based company.

During the period, AL Amani received a purchase order from the company for supply of spare parts. AL Amani sent a proforma invoice via email to Luxury World Auto Group Limited with a total invoice amounting to US$130,910.00.

The accused caused the faked proforma invoice to be used for the procurement of goods through Fidelity Bank East Legon Branch for which an Import Declaration Form (IDF) was generated by the Ministry of Trade and Industry.

A case was reported to the police, leading to the arrest of the accused.

During investigation, the accused person declined to speak on the issue. A request was sent to the Financial Intelligence Centre (FIC) to contact and verify the authenticity or otherwise of the proforma invoice with a total face value of US$189, 382.00 from AL Amani.

A response from Financial Intelligence Centre indicated that the proforma invoice presented by the accused was forged.

After thorough investigations, the accused was charged and hauled before court.

This came after he had earlier been denied entry into Dubai by Interpol because he was under investigation by Ghana Police on the matter.

Skips Bail Ahead Of Sentence

Meanwhile in March 2010, Mr Kyekyeku then as a security boss who had allegedly swindled more than a quarter of a million pounds from a major London property firm skipped bail while awaiting sentence.

Then 41 years old, he had fake invoices faxed totaling £245,000 to Jones Lang LaSalle over two years and laundered his gains through his UK Star Security company in East Ham, East London.

Tens of thousands of Pounds were said to have been wired abroad by Oppong-Kyekyeku.

Oppong-Kyekyeku was convicted by a jury at Snaresbrook Crown Court last month, but is believed to have fled to Ghana.

However, Mr. Oppong Kyekyeku failed to turn up for his sentence hearing that day and Judge Khayat jailed him for three years in his absence.

David Owusu-Yianoma, defending, claimed Oppong-Kyekyeku breached his bail and ran in fear after being unfairly treated during his trial.

“The only reason he is not here today is the very real emotional stress and indeed the deep sense of despair that was brought upon him as a result of what he saw in this court,” the barrister said.

But Judge Khayat said the exposure in the witness box of Oppong-Kyekyeku’s lies were the cause for his absence.

The judge described Oppong-Kyekyeku as a ‘thoroughly dishonest person’.

Judge Khayat also disqualified Oppong-Kyekyeku from working as a company director for eight years. Oppong-Kyekyeku will face confiscation proceedings should he be apprehended.

Judge Khayat suspended Eskdale’s jail term after hearing he returned a total of £51,000 to Oppong-Kyekyeku and took no further part in the scam.