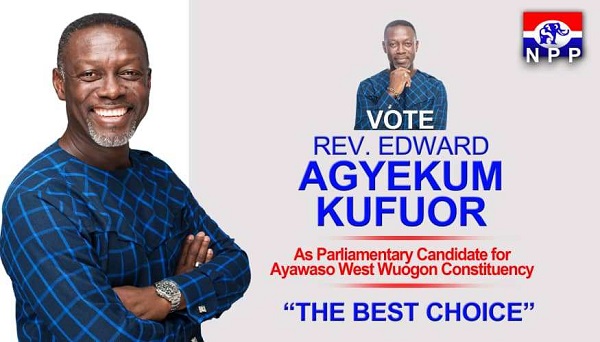 Ex-President John Agyekum Kufuor's son Edward Agyekum Kufuor, will join five other persons to be vetted today December 24, 2018, who are looking to contest the primaries of the New Patriotic Party (NPP) in the Ayawaso West Wuogon Constituency.

The primaries are set to happen after the demise of late MP of the area, Emmanuel Kyeremanten Agyarko.

Rev. Edward Agyekum Kufuor, a businessman and an actor, is not a name many expected since he’s little known in politics beyond the fact that he’s the son of a former President.

Some seven persons including a Deputy National Communications Director of the NPP, Mame Yaa Aboagye reportedly picked forms to contest the race, but only six are said to have filed their nomination forms.

Edward, however, says he can deliver when given the nod because his father has taught him well.

“Through my experiences in life I have had different platforms to address issues that matter in society and up until now I have always taken the back seat. But I have realised that the best way to bring about change is by stepping up because if you are not part of the solution then you are part of the problem. There is no middle ground. So based on my own decision and the support and encouragement from my peers (the youth) I decided it was time to stop hiding and step up. 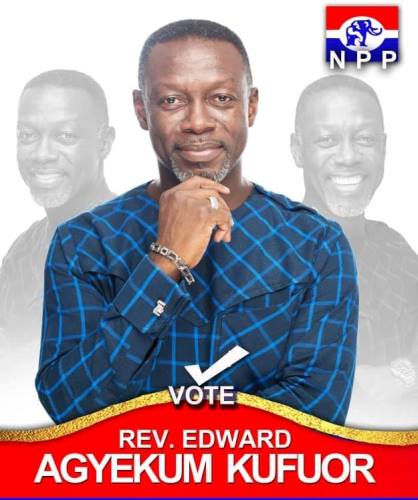 Speaking to ghanaweb.com after submitting his form Mr. Agyekum Kufuor also known as Eddy Kufuor said he was not only going to win against his party opponents but other aspirants from the various political parties.

‘’I have had the opportunity to sit at my father's feet and watch what he has done and as a good son I expect to follow. I am thankful he is still alive to give me insight, so I don’t see how I can come in and not do what is expected. In fact look at our track record, consider what NPP has done for this constituency and what the late Agyarko also achieved. Looking at all this work done why won’t it be possible for the NPP to retain the seat.”

Another actor John Dumelo is also vying for the vacant seat but will do so on the ticket of the NDC.