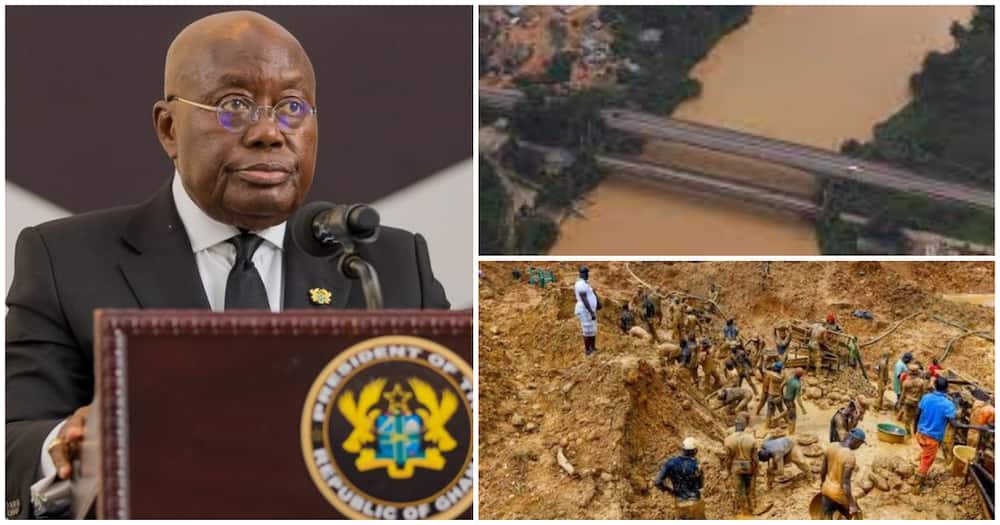 President Akufo-Addo has admitted that the fight against illegal small-scale mining popularly known as galamsey is not easy.

The President in a meeting with Municipal and District Chief Executives and the National House of Chiefs on Wednesday, October 5 at Manhyia "called for all hands on deck in order to bring an end to the devastation of our landscape and the pollution of our water bodies."

The President wants a non-partisan approach in dealing with the menace of illegal mining.

Akufo-Addo said politicising the fight against galamsey will not augur well for the state.

"Since I took over as president, the fight against galamsey has not been easy, he said.

As of now we have not won the fight against galamsey and if we want to win this fight we have to work together closely.

Before we can win this fight, I will ask all citizens and all Ghanaians to help us fight the menace of galamsey.

I seek your assistance as chiefs to take out political game out of the fight against galamsey."

It will be recalled that President Akufo-Addo in July 2017 put his presidency on the line with a commitment to end the illegal small-scale mining popularly called galamsey in Ghana.

Rallying Ghana’s traditional leaders together the president, said if there is one right thing to be done, that thing is for all to fight galamsey, reclaim the lands and leave for posterity a “green country” and a “clean space.”

He said even though he had great allies in government, the war against galamsey cannot be won without the influence of the chiefs.

“We cannot win this fight without the traditional support of chiefs,” he said, adding, "for any serious project, if you are not involved it doesn’t happen".

The war against illegal mining has been fought and lost since 1970.