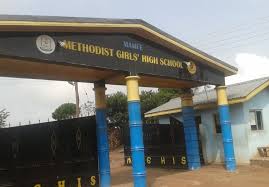 The Ghana Education Service has confirmed the death of a final year student of the Methodist Girls Senior High School.

The deceased Cindy Addo was initially admitted at the Tetteh Quarshie Hospital at Mampong but was later referred to the Koforidua Regional Hospital when her condition got worse.

She passed away at the Koforidua Regional Hospital on Friday 17th July, 2020.

“The sad event occurred on Friday 17th July 2020. Management of the school quickly rushed Cindy to the Tetteh Quarshie Hospital at Mampong around 11 pm on Thursday 16th July 2020 when her friends detected that she was not well. Her parents were immediately informed and they went to the hospital to see her.”

“She was later referred to the Koforidua Regional Hospital where she, unfortunately, passed on the next day on Friday 17th July 2020,” the Ghana Education Service said in a statement.

She was rushed to the hospital “after her friends detected that she was not well,” according to the statement.

The cause of her death was not disclosed.

Management of the GES has promised to give the deceased a “befitting burial.” 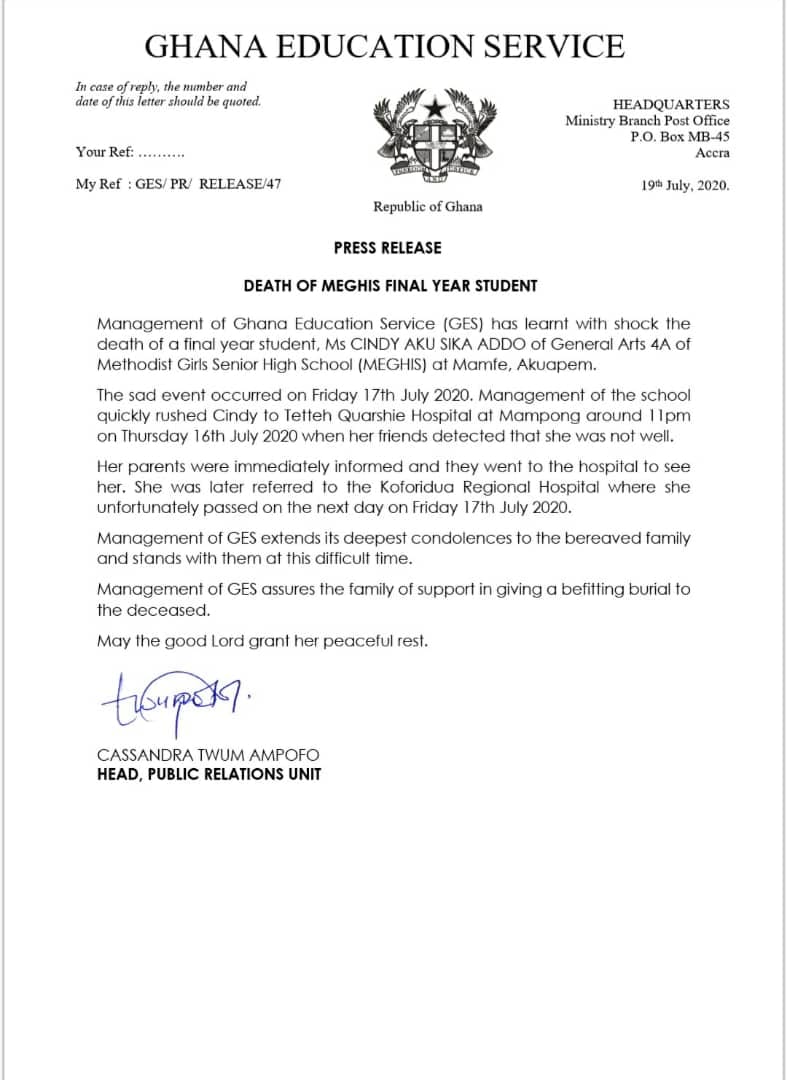