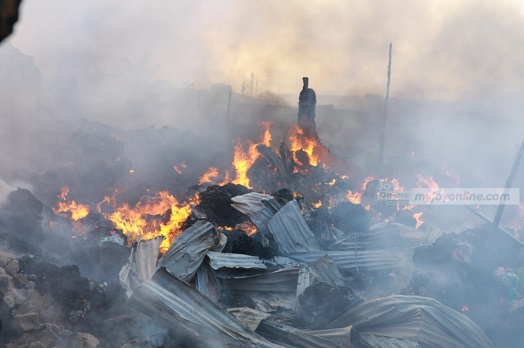 There has been a fire outbreak at the Kantamanto market in Accra.

The inferno gutted some parts of the Kantamanto market on Tuesday morning as many goods and shops worth thousands of cedis were destroyed.

The cause of the fire is not immediately known, as fire officials are yet to brief the media on what might have led to the destruction.

Eyewitnesses say initial efforts by the Ghana National Fire Service to douse it did not yield the desired results as they ran out of water in the process.

The Police are providing operational support to the Ghana National Fire Service as they work to put out a fire that has engulfed a section of the Kantamanto market in Accra.
The Police have cordoned off the affected area to enable the fire officers carry out their duty without any obstructions. Officers have also been deployed to prevent possible looting and also direct the movement of persons and vehicles away from the incident scene.
Officials from the National Disaster Management Organisation are also supporting the exercise. The Minister for the Interior, Hon. Ambrose Dery is at the scene with the Inspector-General of Police to assess the extent of damage and interact with the affected traders. 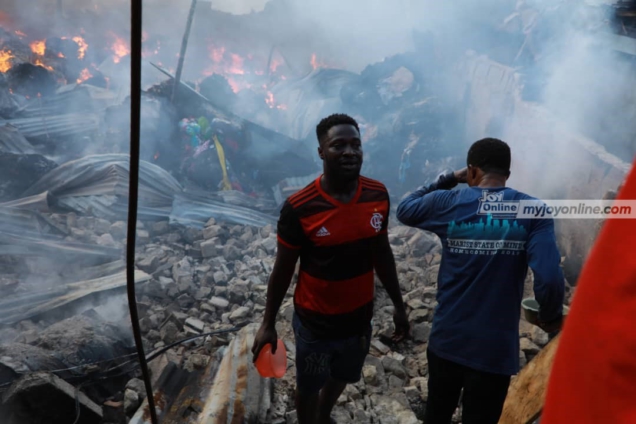 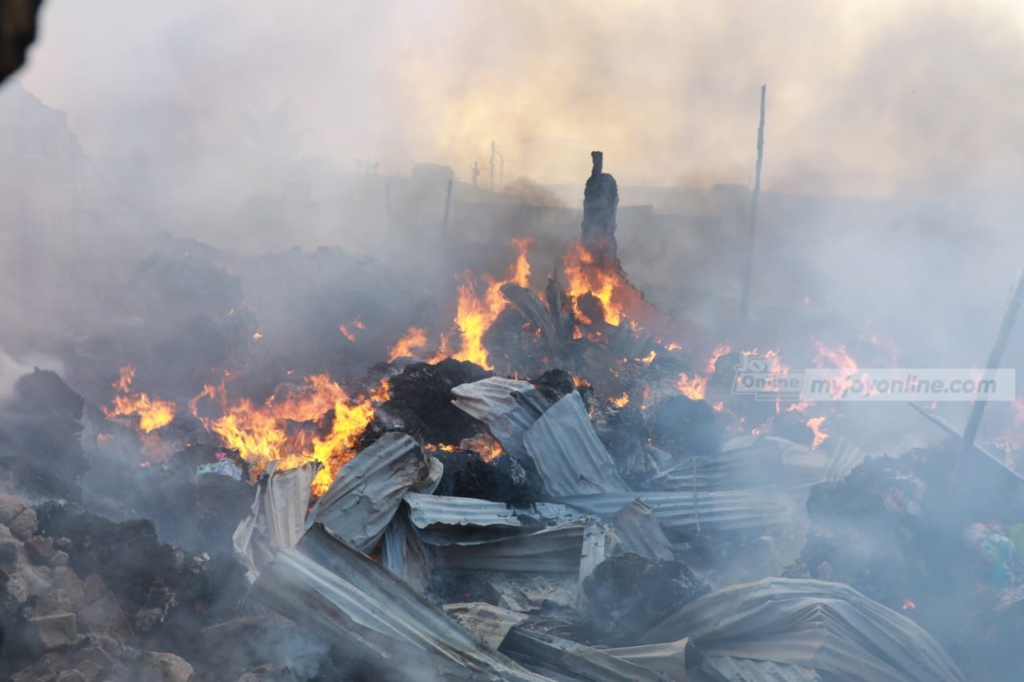 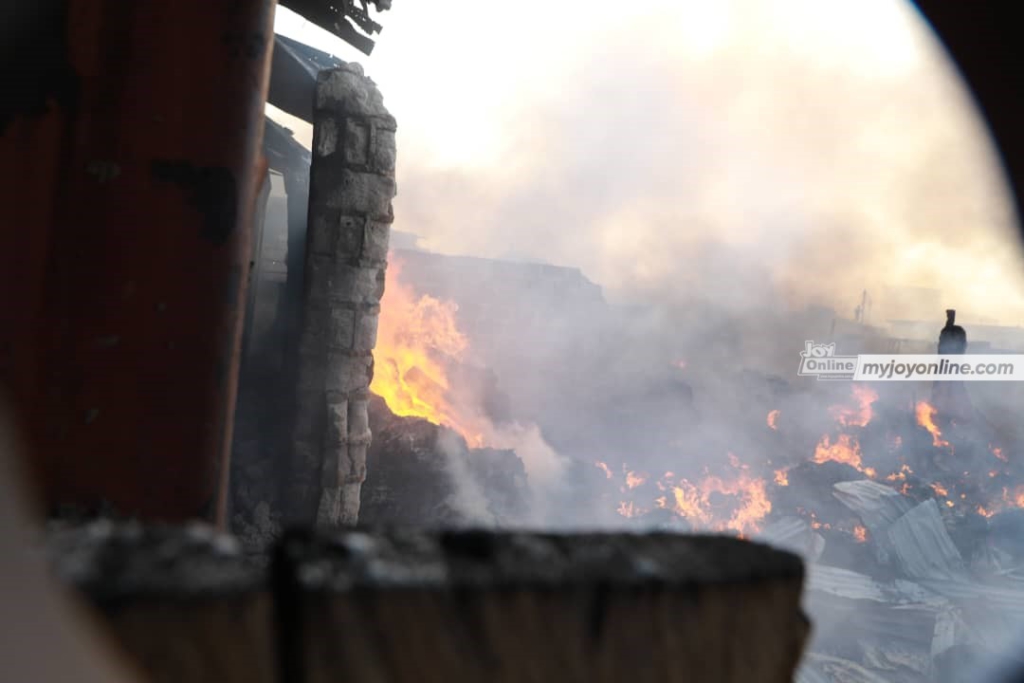 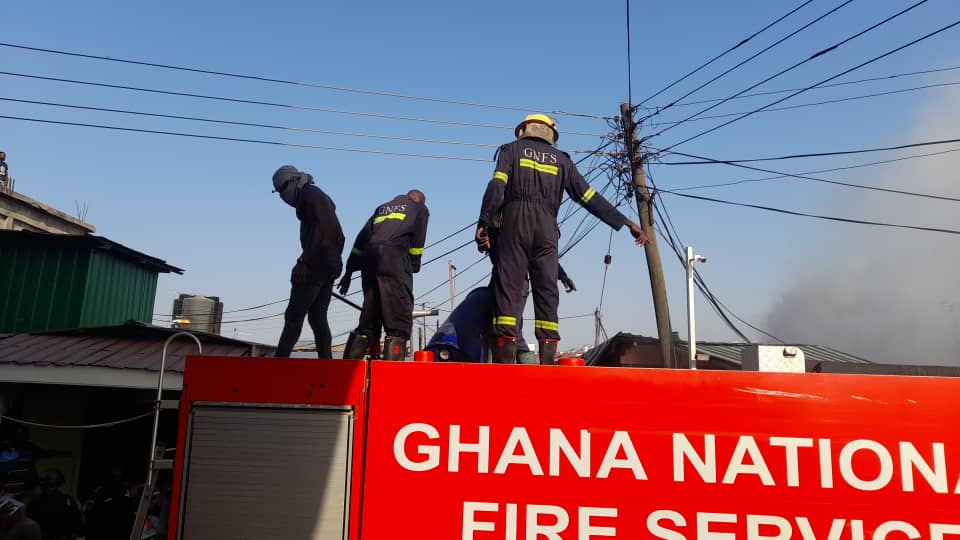 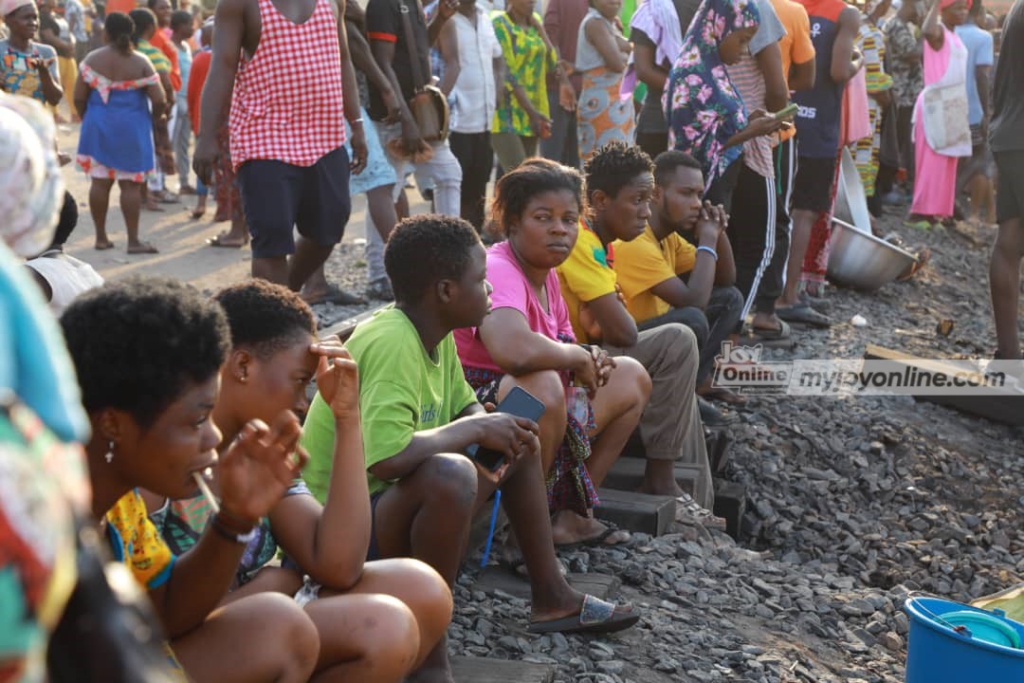 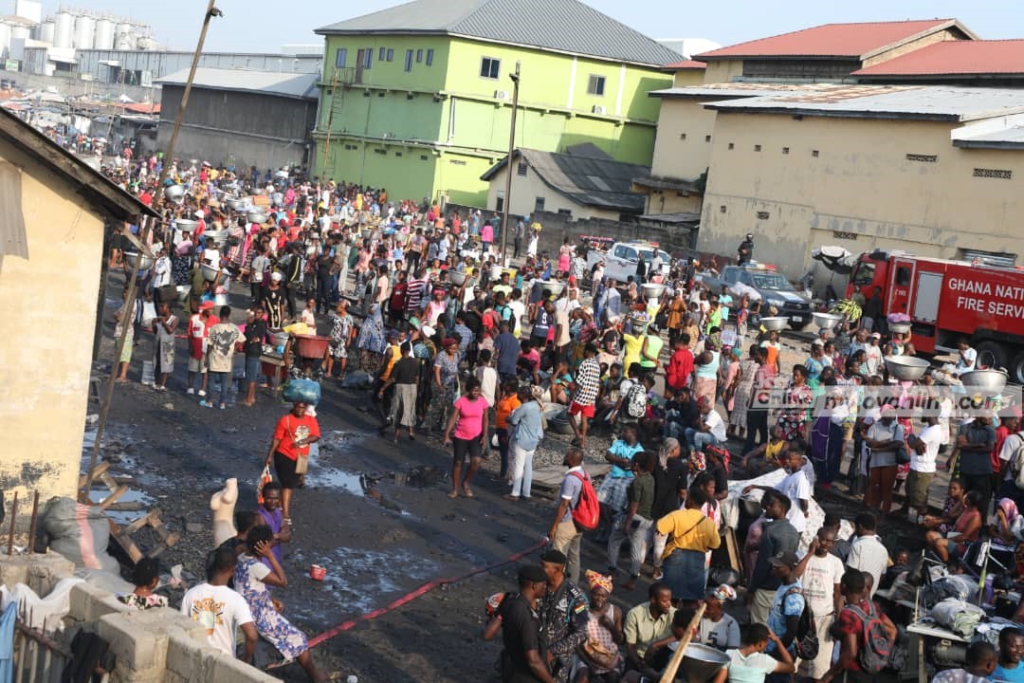 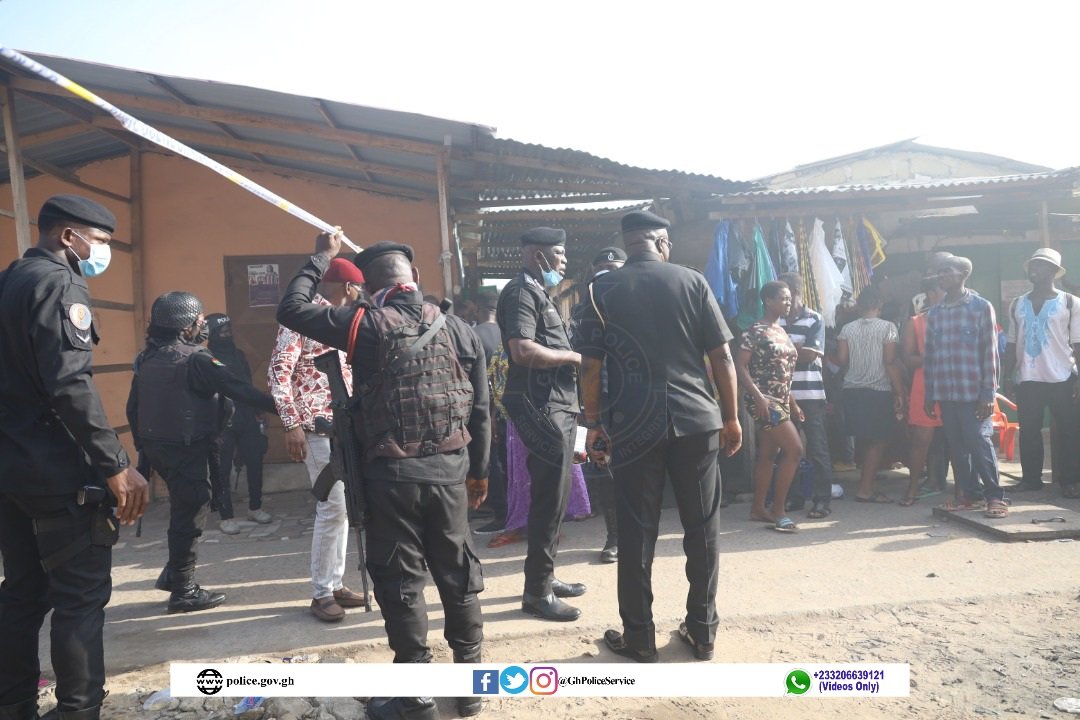 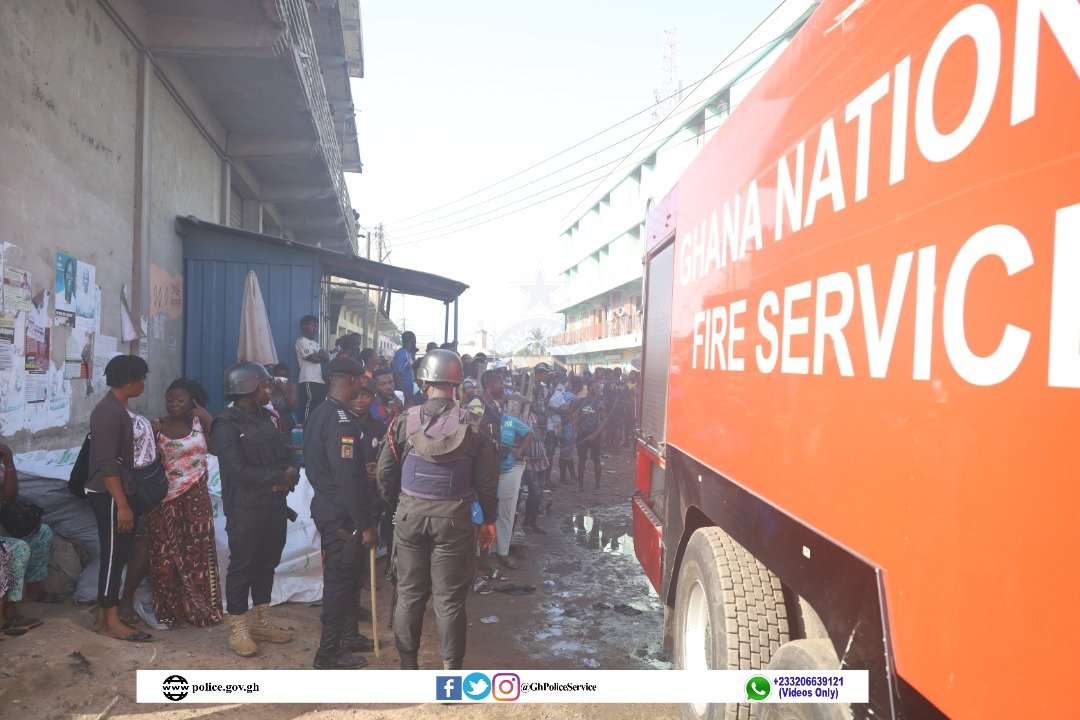 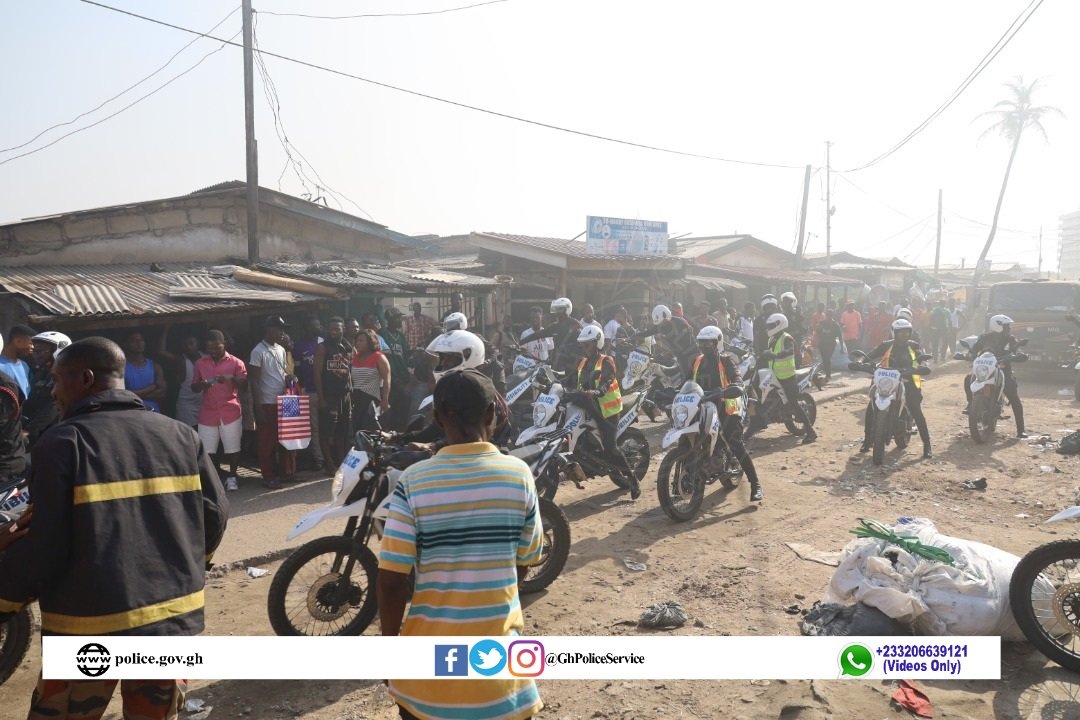 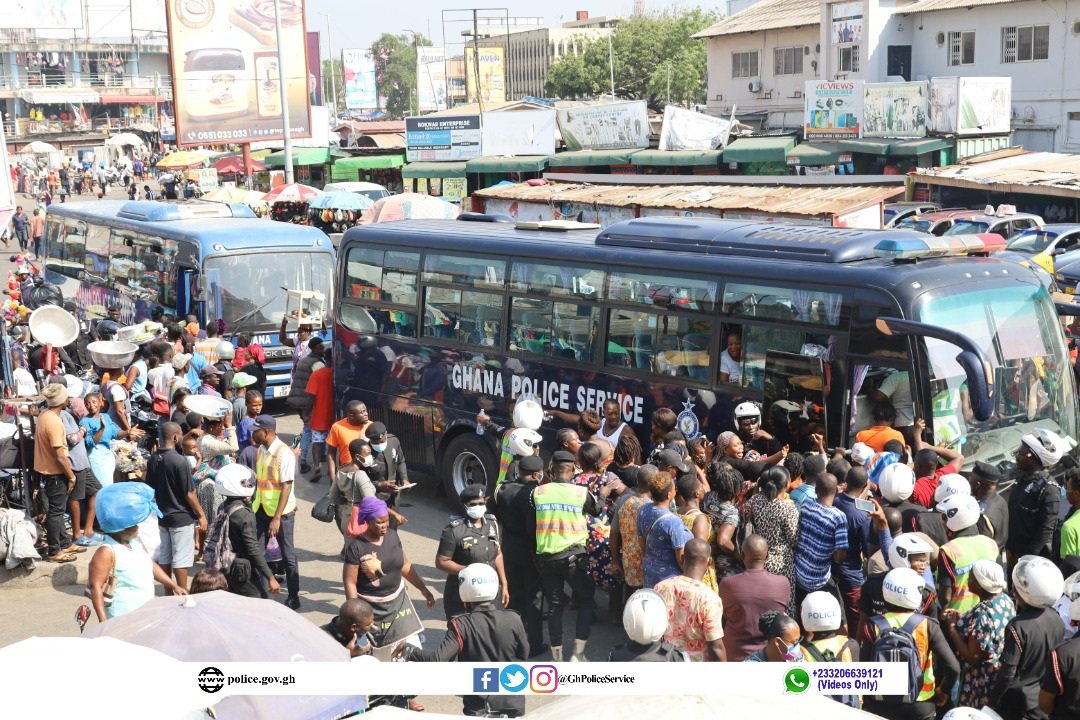