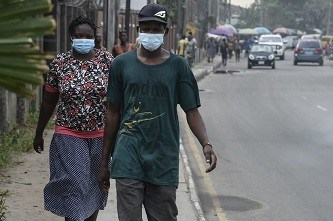 The Chamber for Local Governance (ChaLog) says theÂ Greater Accra Regional Coordinating Council (GARCC) does not have the mandate to issue a directive on the compulsory wearing nose masks in the region.

According to ChaLog, per the composition and function of GARCC, it cannot issue such a directive indicating the Accra Metropolitan Assembly has the sole responsibility of making policies and implementing them in the region.

ChaLog's comments come after the Greater Accra Regional Coordinating Council issued such a directiveÂ in a statement yesterday making the wearing of face mask compulsory in the region.

In response to RCC's directive President of ChaLog, Dr. Richard Fiadomor said: ''the RCC per its composition and function cannot issue such a directive because itâ€™s the Assembly that has the powers to have dialogue, make policies and implement them, the RCC does not. If the RCC should go ahead and issue such a directive when there is no law backing it we find it as very unfortunate and we think that thatâ€™s why we are saying it's premature and has no legal effectâ€™â€™.

Again, the press statement by the RCC stated that the wearing of masks must be enforced in offices, markets, pharmacies, shopping malls among other places, and cautioned commercial drivers not to allow anyone without face masks board their vehicles.

The directive by the greater Accra Regional Coordinating Council simply prohibits anyone without face masks to carry out a duty in the capital, Accra.

However, this comes after President Akuffo Addo raised the three weeks lockdown directive he imposed in some parts of the country weeks ago.

In the President's last media briefing, he announced the end of the lockdown, the president urged all citizens to adhere to the preventive measures to avoid contracting the disease

The Greater Accra Regional Coordinating Council in efforts to enforce the presidentâ€™s plea, has announced this new directive to curb the spread of the global pandemic.