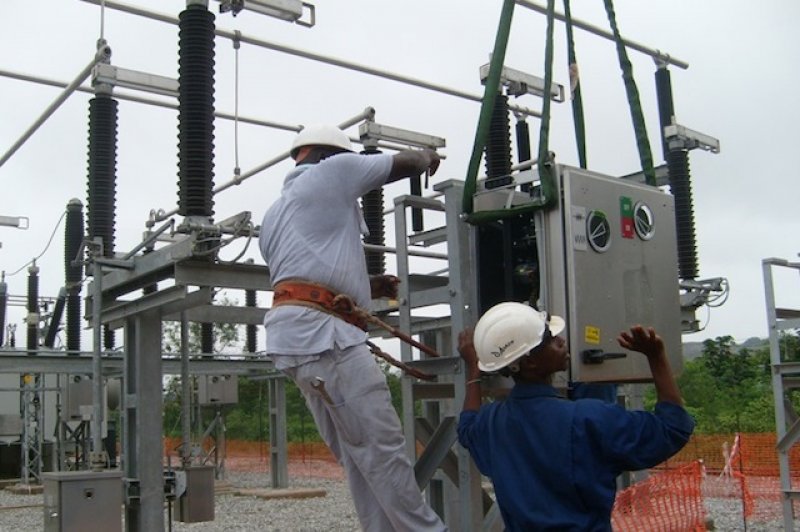 Power to many parts of Accra has been disrupted from Tuesday, February 25, 2020, as the Electricity Company of Ghana (ECG) begun a planned maintenance exercise.

The exercise, according to the power distributor, is expected to end on Friday, February 28.

Meanwhile, frequent power cuts in parts of the country over the last six weeks is stirring fears that Ghana may be returning to the dreaded period of a persistent, irregular, and unpredictable electric power outage â€“ popularly called â€˜dumsorâ€™.

Over the last weeks, Accra and Kumasi have been hit the hardest by the unannounced intermittent power cuts.

Residents at many communities in these two major cities say the power cuts last for up to six hours sometimes.

The ECG has announced areas that will experience power cuts throughout the week. Today Wednesday, February 26, 2020, will see areas like Gbawe, Tetegu, Mallam among others be without power from 10:00 am to 5:00 pm. 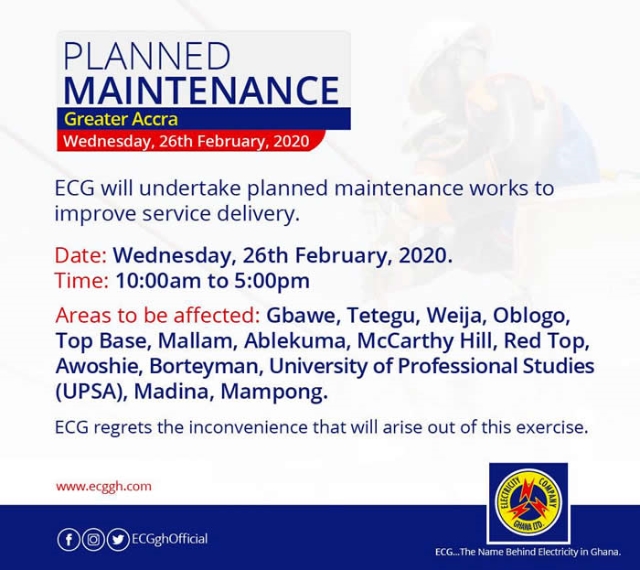