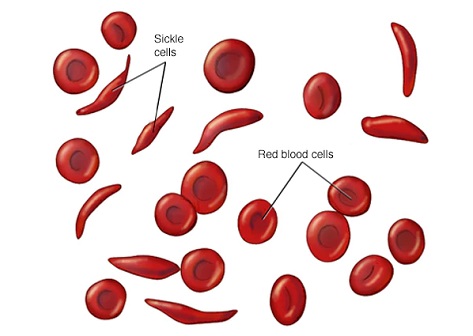 The government is working with partners to ensure that people living with sickle cell diseases (SCD) have access to Hydroxyurea, a more efficient drug for the treatment of the disease in the country through the National Health Insurance Scheme (NHIS).

The Vice-President, Dr. Mahamudu Bawumia, who announced this in Accra yesterday, said: “We have the opportunity as Ghana to be the first African country to ensure that access to Hydroxyurea and its associated treatment costs are granted through the NHIS to every Ghanaian whose doctors and nurses prescribe this medicine for them.”

The Vice-President announced this when he launched a major public, private partnership (PP) with the global pharmaceutical giant, Novartis, to improve the diagnosis and accelerate the treatment of SCD.

It follows the memorandum of understanding (MoU) signed in January between the Ministry of Health and the Ghana Health Service, representing the government, and the Sickle Cell Foundation of Ghana and Novartis to create a holistic approach to help manage the disease.

By this, Ghana becomes the first African country to commit to offering the global standard of care for its people living with sickle cell disease.

The partners are to work together screening and diagnosis, treatment and disease management, and elevating basic clinical research and scientific capabilities.

The Vice-President said the government had already taken steps to advance the discussions and planned to accelerate parliamentary budget approvals of the hydroxyurea coverage in the country.

“Our goal collectively is to aspire to a nation where children attend school without being stigmatised; where young adults can be employed without fear of discrimination, where marriages between lovers can proceed without undue fear of sickle cell disease. We will make every effort to normalise sickle cell disease within the Ghanaian society”, he said.

Dr. Bawumia said the government was also working to scale up the screening of babies to ensure that those found to be carrying the diseases started early treatment to save the trauma of pain they would have endured while growing up.

The move, he said, was also meant to ensure that the government reduces child mortality caused by SCD in children before they attained the age of five years.

The Chief Executive Officer (CEO) of Novartis, Dr. Vas Narasimhan, gave an assurance that beyond working to ensure broad access to hydroxyurea, “we are aiming to bring the next wave of medical innovation to Ghana as well. We plan to implement two clinical trials for our next-generation treatment for sickle cell diseases in Ghana and Kenya”.

As a demonstration of its commitment towards the partnership, Dr. Narasimhan said Novartis had so far delivered more than 20,000 treatments of the drug to Ghana and was committed to delivering up to 60,000 by the end of the year.

No reason to fail

The President of the Greater Accra Regional House of Chiefs, Nii Okwei Kinka Dowuona VI, said Ghana had no reason to fail the management of SCD given the partnership between the government and Novartis.

“Five years down the lane, we want to remember today as the day that a huge relief was brought to people with sickle cell disease and their families in Ghana,” he said.

Nii Dowuona, who is also the Paramount Chief of the Osu Traditional Council, said if other countries had made it, it was time for the country to also replicate the same efforts and, therefore, urged the government to do all it could to ensure that what had begun succeeded.