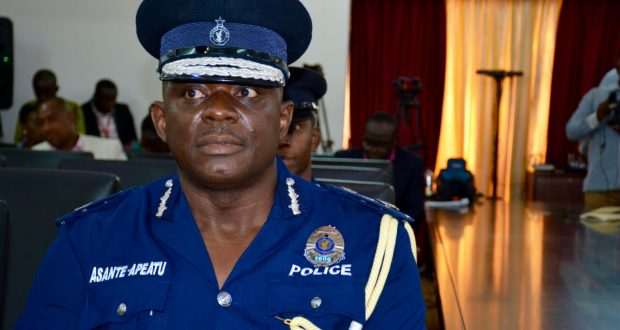 Over a hundred police personnel in the Ghana Police Service have been sacked by the Police Administration following various degrees of offences reported to have been committed by dismissed officers.

Speaking on Kasapa FM’s morning show Anopa Kasapa today March 15 2017, The Public Relations Officer of the Ghana Police Service, superintendent. Cephas Arthur opined that the affected officers were caught up in acts of corruption and other offences, including robbery.

“They were fired by the Police Administration for acts of indiscipline under police disciplinary code of conduct, extortion, bad treatment to members of the public and etc.”

According to Superintendent Cephas Arthur, the 105 officers were expelled from the Police Service including various ranks; however, he indicated that that those at the lower ranks were the worst culprits affected by the disciplinary actions.

Superintendent Cephas Arthur said the happenings underlines the enforcement of the Police Service zero tolerance for corruption and related malpractices, as well as indiscipline in the force as it continues to professionalize the Police force.

He further stated that, the current dismissals are only offences committed by the affected officers in 2016.
He also noted that there would be “no mercy” for corrupt officers in the police service, as the Police shall only move with clean elements going forward.