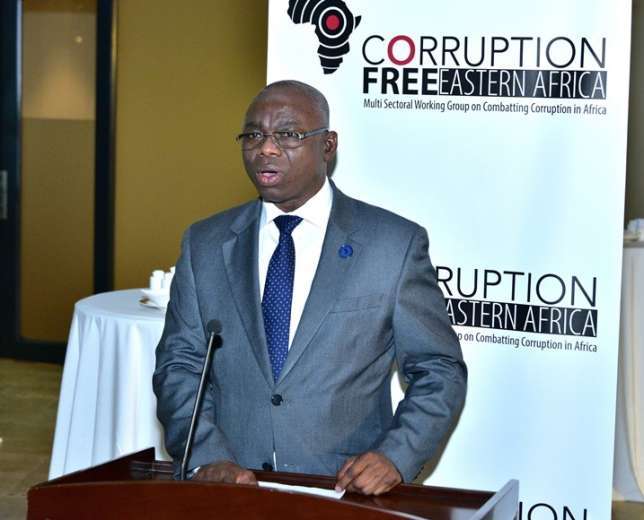 Former Chief Advisor on corruption to former President John Mahama, Daniel Batidam says the Asset Declaration Act in the laws of Ghana has no meaning and its also a big joke

to him,  everything about the Asset Declaration in Ghana is shredded in secrecy to the extent that no one can cross check the Asset declaration forms of public officers.

He added that even the circumstances under which someone can access the Asset Declaration form is too cumbersome and looks virtually impossible.

Speaking in an interview with an Accra based Joy FM, Former Chief Advisor to John Mahama said, Asset Declaration is important for the fight against Political corruption. He continued that there should be an institution like CHRAJ to verify the asset declaration by a public officer.

Meanwhile, Auditor-General, Daniel Domelevo has said Public Servants who earn GHc 3,727 and above as salaries, will be required to declare their assets

Mr Domelovo made reference to Article 286 of the constitution, which defines who public officers are, and why they must declare their assets.

These public officers ranged from the President of the Republic to Ministers of State to Heads of Ministry or government department or equivalent office in the Civil Service.

Properties to be declared

Lands, houses and buildings;
Farms;
Concessions;
family property in respect of which the officer has interest;
Vehicles, plant and machinery, fishing boats, trawlers, generating plants; business interests;
Securities and bank balances;
Bonds and treasury bills;
Jewellery of the value of ¢5 million or above; objects of art of the value of ¢5 million or
above;
Life and other insurance policies;
Such other properties as are specified on the declaration for