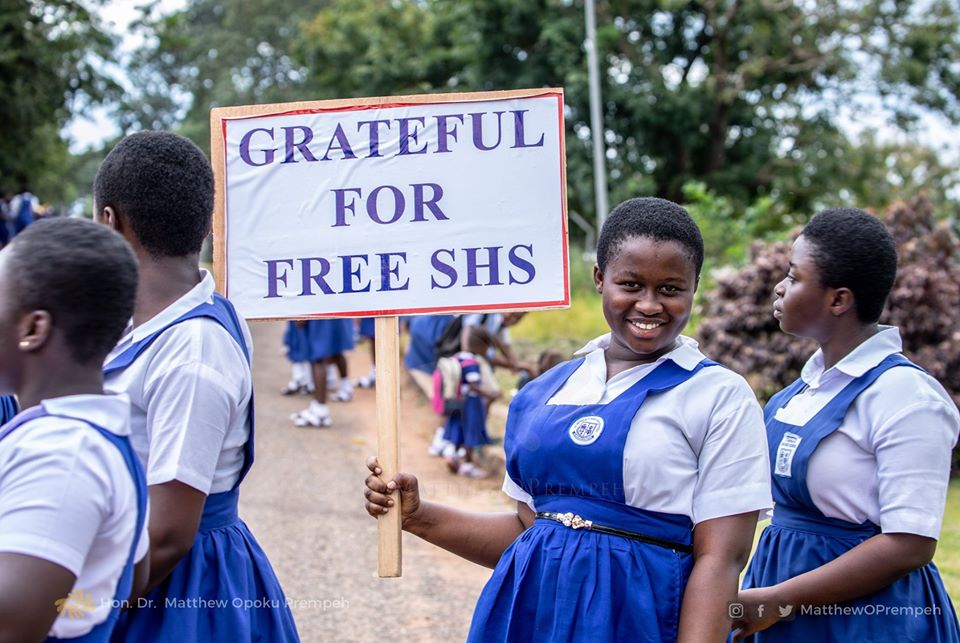 Determined to fulfil a campaign promise that won him the 2016 presidential elections, Nana Akufo-Addo launched the policy with pomp and pageantry in Accra, despite numerous warning by Civil Society Organisations and Economists that the funding budget for the policy could weigh too much on state coffers.

Many had predicted that it would not be unsustainable.

Economists both in government and outside the government had urged the President to allow parents who can pay for their wardsâ€™ fees to do so, however, he rejected that suggestion.

However, pressure is currently mounting on the Nana Akufo-Addo administration following widespread complaints that the policy is failing at schools across the country.

For three days running, Accra-based Joy FM has been inviting comments from parents, teachers, students and headmasters to verify complaints that started as short comments about deep challenges with the governmentâ€™s flagship education policy on social media.

On the stationâ€™s Super Morning Show programme on Tuesday and Wednesday, parents and headmasters have complained about a distorted education calendar with the onset of the Double-Track System.

The Double-Track System divides the education calendar among Gold and Green Track students to deal with huge class sizes that have been occasioned by a boom in SHS enrolment figures.

Parents have particularly complained about having to pay more money â€“ than they used to pay when tuition for their wards came at a cost â€“ to get their children private teachers or enrol them for extra classes because their children spend months at home due to the Double Track arrangements.

One headmaster said on Wednesday, May 26, 2021, that the Ghana Education Service (GES) has failed to release funds for feeding and other provisions for first-year students.

The headmaster, identified only as Kwame, said the Parent-Teacher Associations (PTA) cannot be asked to assist because the associations seem non-existent in many schools currently.

On Thursday, teachers and students too shared their harrowing experiences with the programme.

One student, Ewurama, revealed that at her school, for instance, the teachers rush through their topics â€œbecause they donâ€™t know when the government will tell us to go home.â€

The student also said the desks they sit on to study are among the many deplorable facilities they have had to endure.

â€œI sit on a broken chair in class. It doesnâ€™t make me focus in class when the chair is swinging me,â€ she stated.

â€œAlso, in the dining and assembly halls, we are crowded, in the dormitories tooâ€¦The rice they give sometimes feels like rice water. It doesnâ€™t look like rice.â€

According to the student, whose school producers of the show did not make public, the food served at dining, â€œhas moved from bad to worse to appalling, we are given beans, kenkey and rice for lunch, and for supper, itâ€™s mostly rice. But we always get a meal, three times daily.â€

She added: â€œI donâ€™t see why we should go through it for free, while some of us can pay for the fees. My sister was sent to a private school so it was during her time that they started the policy because my parents felt it was the first time.â€

A teacher told the show that â€œduring this Free SHS era, two canned sardines are now for 12 people on a table, but before free SHS two students were entitled to one canned sardine.â€

Another teacher said: â€œThere was a time we were writing exams where a room that takes 45 had 80, and one of our teachers took a video. He had calls from all over, if not for our headmaster he would have been taken out of the school.â€

The Ministry of Education is yet to respond to these complaints.