Ghana will lose a former President, First Lady and MPs in 2017 - Owusu Bempah 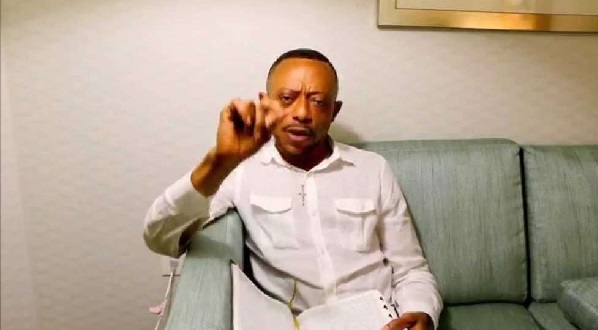 Founder and general overseer of the Glorious Word Ministry International, Reverend Isaac Owusu Bempah has foretold that Ghana will lose two top most personalities in 2017.

Preaching at the 31st Watchnight service at the Glorious Word Ministry International, Rev. Owusu Bempah said if Ghanaians don’t pray to change the vision he has seen, a former President and a former First lady will pass away.

“I know those this will happen to but I will not mention their names, but rather intercede on their behalf. Meanwhile, I will try and reach out to them in order to pray for them”, he avowed.

Described as a “prophet of doom” by some Ghanaians, quite a number of Rev. Owusu Bempah’s previous prophecies came to pass.

According to Rev. Owusu Bempah, he is not perturbed by negative comments because he only puts out what has been revealed to him by God.

Rev. Isaac Owusu Bempah also added that 2017 will also see the demise of quite a few known Ghanaians ranging from Members of Parliament to influential leaders