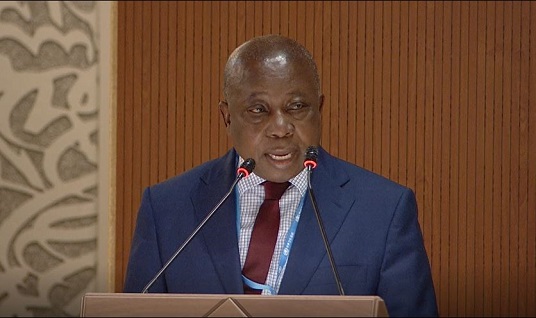 Mr Kwaku Agyemang Manu, the Minister of Health, says the Government is working on a bilateral agreement with the British government to send Ghanaian-trained nurses to the United Kingdom (UK) in exchange for financial considerations.

That, he explained, would be similar to an already existing arrangement with Barbados, where Ghanaian nurses are excelling.

Mr Agyeman Manu said this on Monday when contributing to the ongoing debate in Parliament on the 2023 Budget Statement and Economic Policy of government.

He told Parliament that negotiations would be completed soon for the agreement to be sealed to enable Ghanaian nurses to be trained and work in the UK and come back after three years.

“Mr Speaker, we are engaging with the government of the United Kingdom and we’re just about to sign a memorandum for the agreement after Cabinet’s approval to begin to send nurses for training and work there and come back home after three years,” he said.

“Ghana is going to benefit from the little money that the UK government will pass on. For every single nurse that goes away, when we finish the agreement, we will likely get over 1000 pounds to come and support the health system in Ghana.”

In March, this year, Barbados received 200 more Ghanaian nurses to complement the staffing needs of the island country.

Mia Motley, the Prime Minister of Barbados, expressed her appreciation to the Government of Ghana for extending help to her country’s health sector.

Ghana and Barbados signed an agreement for the recruitment of nurses from Ghana in 2019 at the Jubilee House, when Madam Mia Mottley paid a courtesy call on President Nana Addo Dankwa Akufo-Addo.

Her official visit to Ghana saw the initial recruitment of more than 100 Ghanaian nurses.

Meanwhile, there had been concerns over the move, as some sections of the public have suggested that the nurses could have rather been absorbed into Ghana’s Health Service.

By Article 179 of the 1992 Constitution and section 21 of the Public Financial Management Act, 2016 (Act 921) Mr Ofori-Atta, the Minister of Finance, on behalf of the President, presented the Budget to Parliament on Thursday, November 24, and moved the motion for its debate, seconded by Mr Joseph Cudjoe, the MP for Effia Constituency, on Tuesday, November 29.

Among other things, the 2023 Budget focused on government’s strategies to restore and stabilise the macro economy, build resilience and promote inclusive growth and value creation.