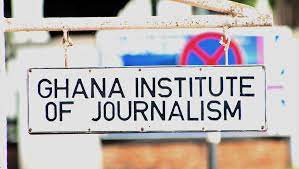 Management of the Ghana Institute of Journalism (GIJ) has in a statement explained events leading to their deferment directive.

Â According to the statement, the directive should rather be considered as â€œan opportunityâ€.

The statement said the decision is in consonance with Section 9.3 of the Instituteâ€™s Undergraduate Academic Policies and Procedures.

It, therefore, said the students should find the deferment as an opportunity to retain their studentship.

â€œManagement notification to students who fell foul of the above sections was to ensure that affected students do not lose their studentship. Deferment of the programme should therefore not be seen as a punishment but as an opportunity to retain studentship,â€ the release issued by the Public Affairs Unit on Wednesday, March 24 said.

It also indicated that payments made by students before the deferment will be credited to the studentâ€™s account.

The decision on Tuesday has generated controversy as students on Wednesday, March 24 massed up at the old campus in protest.

Clad in red and black, the students said the decision is imprudent in an era of a Covid-induced crunch.

But management, in the press release, said the decision was reached â€œafter careful consideration to ensure that the academic processes required to keep the school running are upheldâ€.