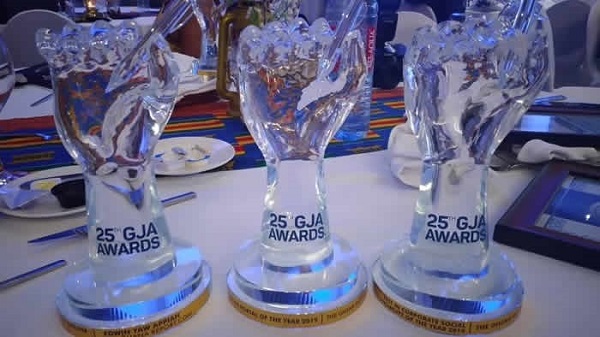 The theme for this year’s Awards is: “Walking The Path Towards Ghana’s Economic Recovery: The Role Of The Media”.

The President of the Republic, Nana Addo Dankwa Akufo-Addo is a special guest of honour for the occasion.

According to GJA President, Mr. Albert Kwabena Dwumfour,  this year’s Awards will be one of the best in the history of the GJA Awards.

Speaking at the Press Conference ahead of the Awards, Mr. Dwumfour said he had confidence in the awards Committee over their work done in selecting the awardees.

“This year’s Awards is going to be one of the best in the history of the GJA Awards.

My confidence and the Confidence of the other Executives for a mega Awards this year are premised on a few strategic initiatives taken ahead of the Awards. One of them was the setting up of the Awards Review Committee chaired by Dr. Sarah Akrofi Quarcoo who together with her team cursory reviewed the nature of the Awards, some of the reviews which included slashing the Awards categories from over 50 to 37,” he said.

He continued,” This according to the Review Committee was to reduce the long hours spent during the Awards Night which sometimes creates boredom on the night. With the reduction of the categories, we are all assured of very smooth, orderly, and boredom-free Awards.”

Mrs. Yaa Oforiwaa Asare-Peasah last Tuesday released names of individuals and media houses that have qualified to win awards at the upcoming event.

Mrs. Yaa Oforiwaa Asare-Peasah, speaking at the Press Conference, revealed that the total number of entries this year was 137 due to the reduction in the number of categories.

She said some of the entries were disqualified because, although some of them were winning materials, the people who made them were non-members or members not in good standing.

According to her, some of the submitted entries also did not meet the criteria for winning the GJA Awards, pointing to the columnist of the year.

Despite the hiccups, Mrs. Yaa Oforiwaa Asare-Peasah said the Committee Members were equal to the task and delivered on schedule.

“It is worth noting that those selected for the awards did their best to get what was deserving,” she said.