The Ghana Medical Association (GMA) has called on the government to, as a matter of urgency, take immediate steps to completely exempt pensions and other related funds from its proposed Debt Exchange Programme.

The GMA in a statement issued on Tuesday, 6 December 2022, said it is “troubled and alarmed by the negative impact that the Debt Exchange Programme announced by Finance Minister will have on workers’ pensions in particular and health care delivery in the country.”

It noted that “Tier 2 and Tier 3 pensions contributions held and managed by various pensions schemes, especially public sector pension schemes are very heavily exposed (over 90 per cent) to government bonds including ESLA and Daakye bonds.

“The cuts in bond interests, no coupon payments for 2023 and the spread of principal repayment as announced will result in a significant loss in value of our pensions in real terms over the next 5-15 years and beyond.”

It further noted “with a maximum bond interest of 10 per cent starting from 3rd year, our investments in government bonds will return a negative real return for every time that inflation goes above 10 per cent.

“Though the government aims for a single digit inflation in the medium to long term, historically, that has been very difficult to achieve in Ghana even in the best of economic years.”

According to the GMA, it believes “these will worsen the already dire situation workers and pensioners will face especially when their meagre pensions have lost significant value owing to the depreciation of the cedi, high inflation amongst others.”

The GMA, therefore, indicated that having put these into consideration, it “rejects the Debt Exchange Programme as announced by the Finance Minister.” 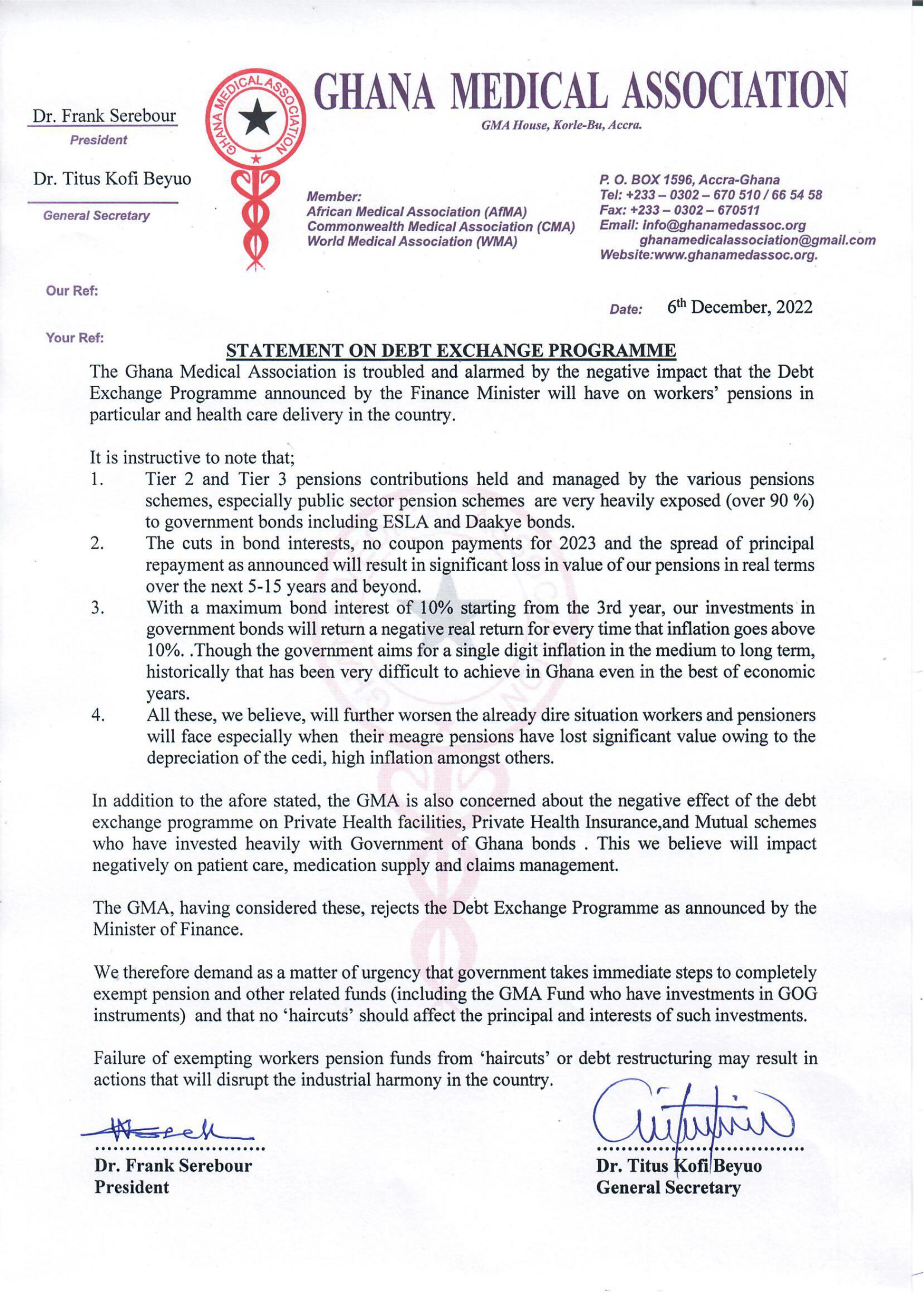