The various worker unions, including the four teacher unions, the Ghana Medical Association, and the Public Sector Workers Union, among others, demanded the payment of 20 percent of their basic salaries as Cost of Living Allowance (COLA) due to the current economic situation in the country.

Negotiations dragged on for over two weeks, compelling CCT, GNAT, NAGRAT, and TEWU to embark on industrial action to insist on their demands.

The Employment and Labour Relations Minister, Ignatius Baffour Awuah, reading out the terms of the agreement, said “We agreed with the labour unions that the COLA will be paid at the rate of 15% of base pay, that the effective date for the payment of the COLA will be 1st July 2022.”

“We also agreed that all industrial actions underway and threats of same will be called off immediately and that labour will return to work.” 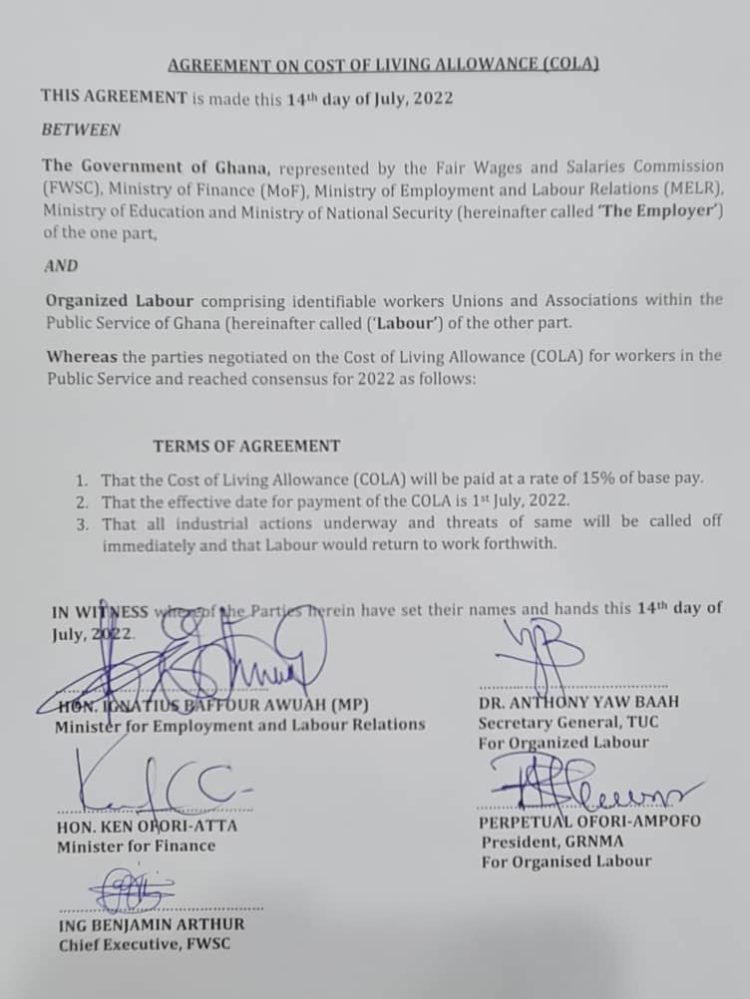