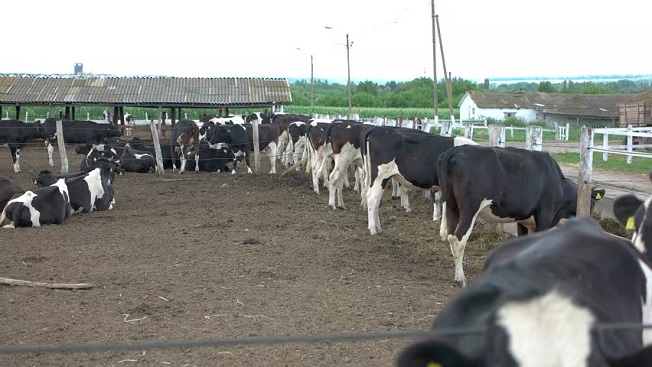 President Akufo-Addo has revealed that his government has set-up its first cattle ranch in the Afram Plains to help deal with the Fulani herdsmen and cattle menace.

Â Speaking at Adaklu, on day 2 of his 3-day tour of the Volta Region, at the sod-cutting ceremony for the construction of a multi-purpose youth and sports resource centre, President Akufo-Addo stated that, in fulfillment of the pledge he made in the run-up to the 2016 elections, his government has begun the construction of ranches across the country.

According to President Akufo-Addo, â€œThe first ranch has been established at the Afram Plains, and we have chosen several sites around the country where we are going to establish these ranches in order to bring the cattle into safe, secure environment, so that the desecration of the land you are witnessing here will be a thing of the past.â€

The President assured the Chiefs and people of Adaklu that â€œwe have begun the first one, and we will continue. I know one is scheduled to be set up for this area.â€

In 2016, Nana Akufo-Addo, then flagbearer of the NPP promised he will end the Fulani menace when he wins power in November 2016.

Disagreements between Fulani herdsmen and Ghanaian farmers for grazing space has often led to clashes that have claimed lives and property on both sides.

Campaigning in Drobonso in the Sekyere Afram Plains constituency of in the Ashanti Region during the build-up to the elections, Nana Addo outlined plans to resolve the crisis once and for all if he wins power in November.

He told residents of the Sekyere Afram Plains who were also affected by the activities of Fulani herdsmen that he had a plan to resolve the crisis.

According to him, Brazil has a cattle population of about 213 million but does not face the type of problems Ghanaians face, adding that he would replicate the Brazil success story in Ghana.

â€œBrazil has put in place policies and measures to ensure that the animals are ranched and therefore do not â€˜mingleâ€™ with the human populace. These are the kinds of policies we will put in place if we win the election to ensure this Fulani menace is curbed, once and for all,â€ he said.