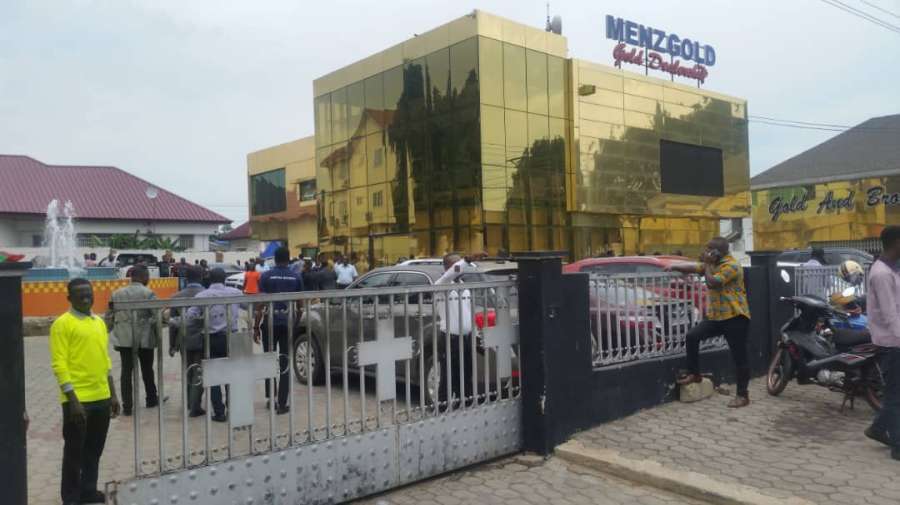 Ken Ofori–Atta who is the Finance Minister has stated categorically that the government will not pay customers of Menzgold who have their monies locked up.


The Finance Minister speaking at a ceremony to celebrate the 20th anniversary of the Securities and Exchange Commission, SEC,  on Wednesday, November 21, 2018, made this known.

He said such people invested their monies in Menzgold at their own peril and were driven by greed.

“As we try to clean up the financial services centre, I know the SEC has come down hard, strong and justifiably on Menzgold. But the issue with a company of Menzgold…it’s become an issue of greed as a people and our own behaviour, when we are so clear as educated as we might be that when we went there, there was no license.”

“I think it is not in the place of government to fund or get your money back for you. It was an obvious trap that you went into. Maybe we as an industry should also push the whole issue of education and empowerment so that people do not fall prey to that,” he added.

The Finance Minister in the 2019 budget presentation said the government had paid 80% of customers  Diamond Microfinance Limited (DKM), Finance after it turned out the entity was a scam.

Menzgold was asked to suspend its gold trading operations with the public by the Securities and Exchange Commission (SEC).

According to the SEC, Menzgold has been dealing in the purchase and deposit of gold collectibles from the public and issuing contracts with guaranteed returns with clients, without a valid license from the Commission.

This, the SEC said this was in contravention of “section 109 of Act 929 with consequences under section 2016 (I) of the same Act.”

The company was however cleared to continue its “other businesses of assaying, purchasing gold from small-scale miners and export of gold.”
Despite initial protests, Menzgold complied with the directive. It has however failed to fully pay its numerous aggrieved customers the value on their gold deposits as well as their entire investments.
The Securities and Exchange Commission (SEC), has said it will be keeping a close eye on Menzgold Company Limited’s online ventures.

Menzgold Ghana is set to launch an online gold store, a buying and selling market platform, known as Menzgold Global Market on Monday.

While it remains unclear how the company will be operating online, the SEC said it will intervene if it determines Menzgold is working within its purview.

“We have also picked signals in public on the issue about an online business. We are monitoring. As long as it offends our legal or regulatory regime, we will come into play,” the Head of Legal and Enforcement at SEC, Nii Oman Badoo said at a press soirée.