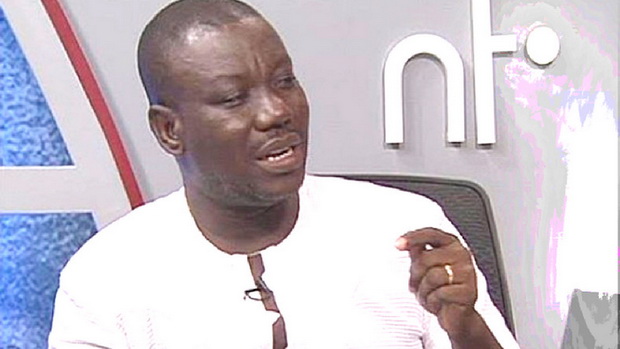 Bolgatanga Central legislator Isaac Adongo says the Akufo-Addo's government introduction of new taxes amidst the pandemic is insensitive and fraud on Ghanaians.

According to him, it is now apparent that the government’s many interventions at the peak of the pandemic were the “biggest deception and fraud on the Ghanaian people.”

The deputy ranking member of Parliament’s Finance Committee speaking on Eyewitness News on Citi FM said businesses are now finding their feet and it is cruel on the part of the government to introduce new taxes.

“…at a time when a lot of people are at home and businesses are struggling to run, where do you think they will get the money? It means that the little that they will get which they could plough back to run their business, you are coming to collect it from them,” he said.

He further added that the new taxes clearly shows the government mismanaged the funds it received during the COVID-19 pandemic.

He also accused the government of being engaged in “populist spending” of the country’s resources.

“The smartest way to have dealt with this was to spend the monies that came to the government judiciously… You were engaged in populist spending of scarce resources and now after wasting the money, you are asking the people to pay. That is insensitive, in fact that is the biggest deception and fraud on the Ghanaian people because we were made to believe that this economy could support those freebies because it was in the hands of those who knew how to manage the economy and because they knew how to manage the economy, they have built enough buffers to give us the freebies and people were excited now they tell you we are lying.”

Isaac Adongo said the government should move away from the regressive tax approach and rather target the rich to raise revenue.

The government, through the caretaker Minister for Finance, Osei Kyei-Mensah-Bonsu in delivering the 2021 budget last week announced the government’s proposal of introducing six new taxes.

These taxes include a COVID-19 Health Levy; 1% increase in National Health Insurance Levy and 1% increase in flat VAT rate as well as a 30 pesewas increase in fuel prices to take care of excess power capacity charges [20 pesewas] and Sanitation and Pollution Levy [10%].

Some analysts and Ghanaians have already expressed their disagreement with the proposal, indicating it will only lead to more hardship on them.

But Information Minister, Kojo Oppong Nkrumah explained that to the extent that the government has to repay the monies it used to provide some reliefs and support for citizens at the height of the pandemic in 2020, such taxes are necessary.