Govt used Martin Amidu as cover-up for their deeds - Ndebugri 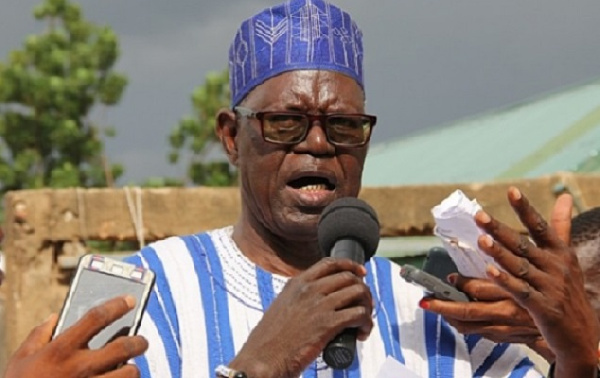 The former legislator who is also a lawyer added that no matter how things played out in the execution of the Special Prosecutor’s duties, questions must be asked about why he resigned.

According to him, the resignation by Martin Amidu is an indictment on the office of the President and President Akufo-Addo.

“The President has called him trying to stop him. They used Martin Amidu as a cover-up for their deeds and I think we should be talking about that instead,” he said.

He also said the death of Jerry John Rawlings also played a role in Mr Amidu resigning because Rawlings was a conduit between President Akufo-Addo and Martin Amidu.

“The sad incident removed the only protection he had and therefore he had no choice but to resign immediately. It only means that it was John Rawlings protecting him in the performance of his duty,” he said.

Among other things, he cited interference by the government in his work although he is supposed to be independent and also the death of former President Jerry John Rawlings who to him, was a source of protection from the threats on his life after conducting a corruption risk assessment on the controversial Agyapa Mineral Royalties deal.

Martin Amidu’s decision has been received with mixed reactions with some accusing the president of having double standards on the fight against corruption.

Others have described Mr. Amidu as one cowardly leaving his job.