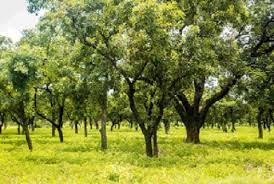 The Forestry Commission says the 20 million target, set for the planting of trees in the 2022 Green Ghana Project is achievable.

They attribute it to the lack of transparency during the 2021 Project, the reclassification and de-gazetting of the Achimota Forest, as well as the handing out of the Atewa and Nyinahin Forests for Bauxite mining.

President Akufo-Addo announced plans by the government to plant an additional 20 million trees this year in support of the Green Ghana Project.

According to him, the depletion of the country’s forest reserves mandates all Ghanaians to play an active role in tree planting.

“It is for this reason we launched the Green Ghana Project last year as part of an aggressive afforestation and reforestation programme. With your support and enthusiasm, we exceeded our target of 5 million to 7 million trees on the maiden launch. This encouraged us to even do more. I am informed that all these trees are doing well.”

“We have increased the target this year to at least 20 million trees. This would mean mobilizing the entire population to ensure that each Ghanaian and each foreigner resident in Ghana plants at least one tree.”

He entreated everyone to get involved in the fight against climate change.