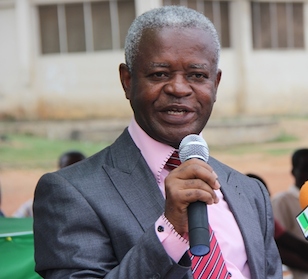 This, he said, was important because the absence of the recognition of mental health problems at the workplace could lead to poor employee performances and output, which would in turn affect the profit margin of the organization and also national development.

Dr Osei gave the advice at the media launch of the commemoration of the 2017 Mental Health Week in Accra.
The week-long event, on the theme: “Mental Health at the Workplace”, would commence from Tuesday October 10, with a durbar at Takoradi in the Western Region and would focus on awareness creation of the existence and realities of the situation in Ghana and globally.

He said although employers most often complained about low productivity, regular absenteeism and poor attitudes of some members of staff, they failed to link these happenings to mental health challenges, of which stress may be a compounding factor.

He said available studies showed that 41 per cent of Ghanaians were suffering from psychological distress, which accounted for about seven per cent loss of the country’s Gross Domestic Product, as a result of poor job output.

Currently one out of five people had a mental health challenge, and of the four left it was likely that one more person would suffer the same condition before their death, and therefore urged all stakeholders to join hands in addressing the growing public health challenge, he said.

He said although the situation was very serious and could affect anyone, irrespective of their social status, mental health issues had been relegated to the background, with very little or no attention and adequate funding from both government and society at large.

Dr Osei said the MHA was currently financially handicapped and resources to procure the required medication for patients and to run training programmes for key stakeholder institutions as required by the law were not forthcoming.

Mrs Shantha Rav Barriga, the Director of Disability Rights at the Human Right Watch, an NGO, applauded the efforts being made by the MHA to create public awareness, and also prevent stigmatization of patients.

She urged the Finance Ministry to, as a matter of urgency, set up the special levy to fund mental health services in Ghana, as required under the Mental Health Law, adding that, it’s been five years now since the passage of the regulation, yet not much had been achieved.

She said Ghana had the opportunity to set a great example for other countries in the Sub-region to emulate, adding that, generally, there was the challenge of fear, which often led to the stigmatization and discrimination of persons with mental health conditions.

Mrs Barriga therefore called on all stakeholders to join hands in fighting against stigma and discrimination of mental health, saying that, the fight should not be left for the Authority alone to handle, but must be supported by all, to achieve the needed impact.