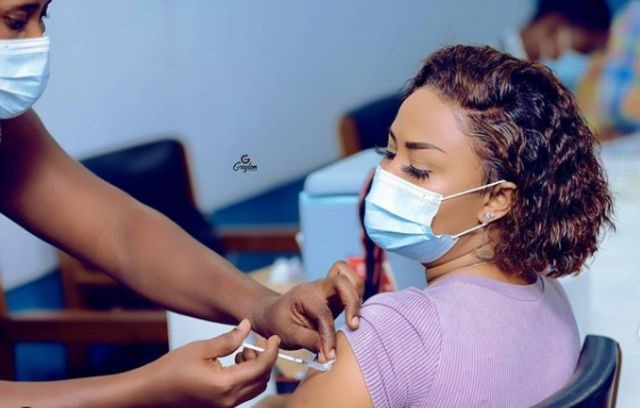 The Ghana Chapter of the International Human Rights Commission (IHRC) in Geneva, Switzerland has condemned a directive by the Ghana government that makes taking the COVID-19 jabs mandatory.

Health Minister, Kweku Agyemang-Manu, is reported to have said that the government will inspect COVID Cards beginning January 2022.

In a statement issued to the media in Ghana over the directive, IHRC said it is convinced that the action by the government to carry out such an exercise is against the rights and freedom of Ghanaians and does not have any basis in the 1992 Constitution and Universal Declaration of Human Rights by the United Nations.

“Vaccination should be by choice and not by force. Per the reports gathered so far from our international researchers, we think that it is advisable for the government to allow ordinary Ghanaians to decide rather than imposing it on them.

“We are aware of the efforts by the government in creating awareness on the COVID-19 since its emergence 2019 but there has been little or no education about the composition and effects of the vaccines. We have received countless reports on the vaccines where most nations and people refuse to take the jab as a result of what others are going through after vaccination.

“There are instances where people who have received their jabs still get the virus. There are also instances of reported cases elsewhere where expired vaccines were given to people. There are reported cases of complications and even death,” the international human rights campaigners stated.

READ ALSO: Covid vaccination must be by choice, not force – Sammy Gyamfi

State-owned Daily Graphic newspaper has reported that from January next year, the police will inspect the vaccination cards of all commercial drivers and motorbike riders to ensure that they have taken the COVID-19 shot.

Also, workers of all government institutions and health facilities will not be allowed into their workplaces if they do not show their vaccination certificates, while absence from work for this reason will deprive a worker of his or her salary, according to the report.

Furthermore, students 15 years or above, as well as all teaching and non-teaching staff, of secondary and tertiary institutions are also expected to be vaccinated before the next academic year.

Patrons and workers of all restaurants, stadiums, beaches and nightclubs are also expected to be vaccinated mandatorily and show proof before entry into such places.

The arrangements are part of a mandatory vaccination policy that started on December 1, 2021, and is to be enforced in January next year, after the government had declared December a National Vaccination Month, according to the Daily Graphic report.

Read IHRC’s statement on the mandatory Covid-19 vaccination directive in Ghana below. 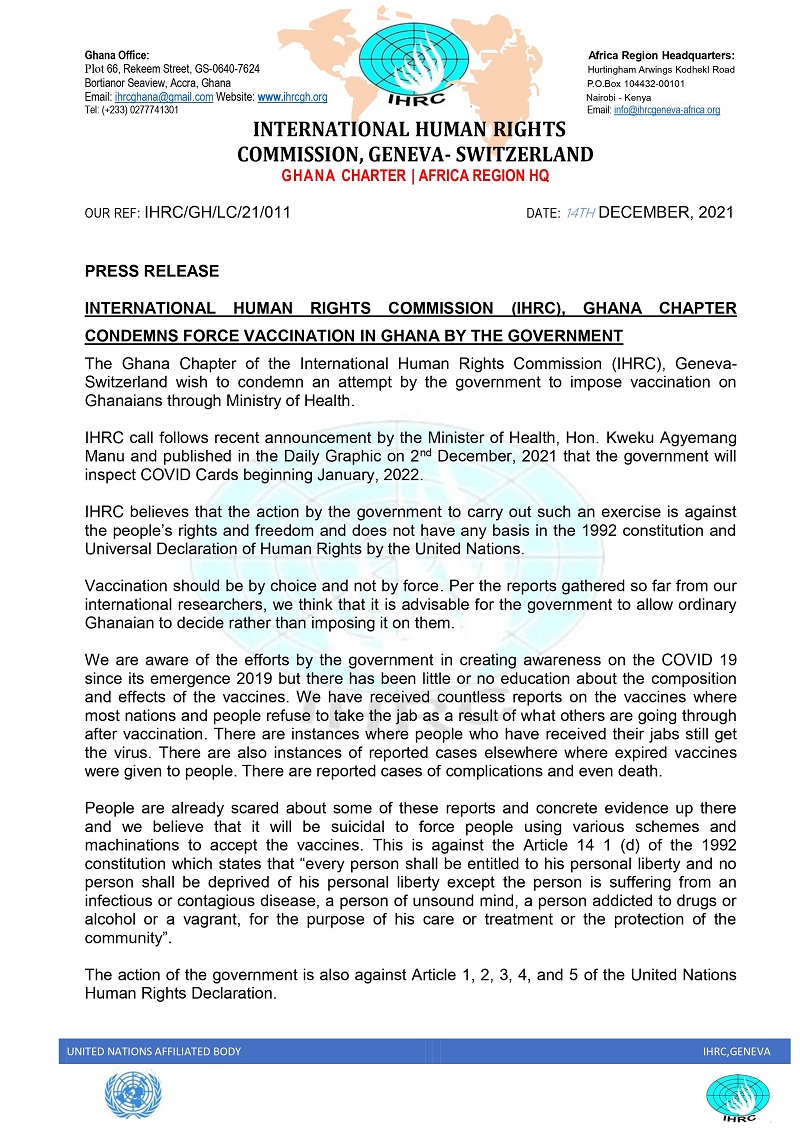 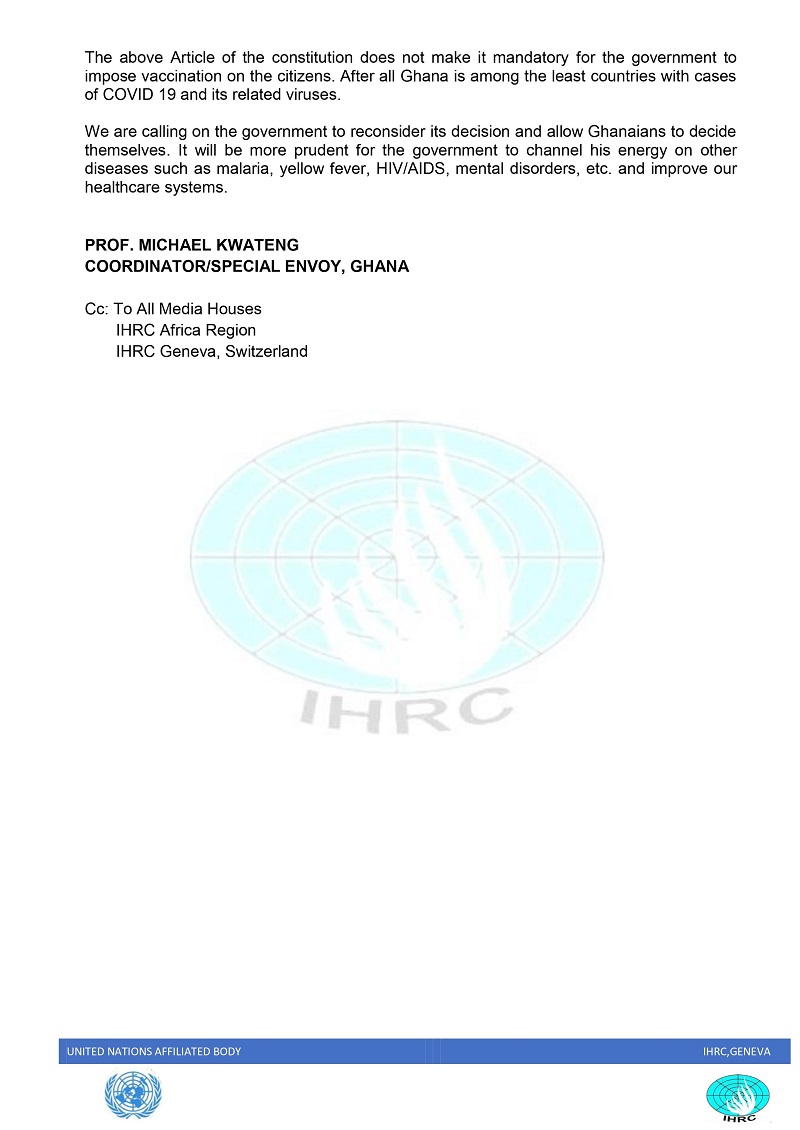