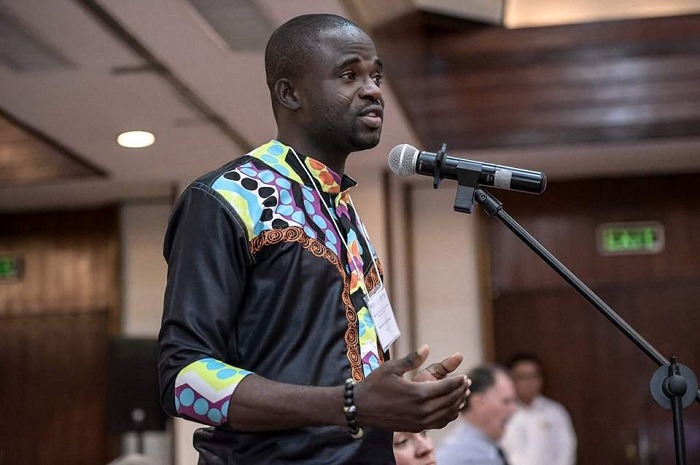 President Akufo-Addo has terminated his appointment following recommendations from the Commission on Human Rights and Administrative Justice (CHRAJ).

Mr. Adjei was investigated by CHRAJ for corruption and conflict of interest after he was accused of sidestepping procurement procedures for personal gains.

He was captured in an investigative piece put together by freelance journalist, Manasseh Awuni Azure in 2019.

Manasseh speaking on Joy FM's Newsfile on October 31, 2020, said he is happy the President has taken a step and not push the case somewhere but is expecting a lot to be done.

"I feel very good because if you listen to my lecture at the Baah Wiredu Baah-Wiredu Memorial Lecture, I mentioned that one of the things that has been discouraging to this work of investigating is to risk your life, tell the story and nothing is done about it. I commend President Akufo-Addo very highly for not sitting on this matter and not referring it to the suspicious sources that we know where when cases are referred to we never get good results so I am happy something concrete has been done about it but we still expect more"

In the documentary, a company known as Talent Discovery Limited (TDL), owned by Mr. Adjenim Adjei was found to be getting many government contracts through restrictive tendering and selling those contracts to others for profit.

The President referred the corruption aspect of the case to the Office of the Special Prosecutor to probe and that of conflict of interest was directed to CHRAJ.

CHRAJ said in its report that it found overwhelming evidence to show that Mr. Adjei “put himself in several positions where his personal, relational, and pecuniary interest in TDL and other companies actually conflicted with the performance of the functions of his office as CEO and Board Member of PPA. The Commission holds that the Respondent [Mr. Adjei] has contravened article 284 of the 1992 Constitution”.

“The Respondent, being the CEO of PPA, the Regulator of the procurement sector, the Commission is of the strong and considered view that he has gravely abused his high office of trust, and the appropriateness and proportionality of any action to be taken by the Commission must be commensurate with the gravity of the abuse.”

It thus urged the President to terminate the appointment of Mr. Adjenim Boateng Adjei as the CEO of PPA.

CHRAJ in its report insisted that: “the Respondent is unfit to hold public office and is therefore disqualified from holding any public office for a period of five years. Accordingly, it is hereby directed that no appointing authority of the State should engage or appoint the Respondent (Mr. Adjenim Boateng Adjei) into any public office howsoever described for the said five (5) year period beginning from the date of this decision.”

“Primarily, this investigation was initiated on the basis of conflicts of interest allegations. In the course of the investigation, however, the Commission came across evidence of seeming unethical practices by the company TDL, the company owned by the Respondent and his brother-in-law. In the circumstances, the Commission is constrained to refer the evidence of the seeming unethical practices of TDL to the Registrar of Companies and the PPA for further investigation and appropriate action.”

CHRAJ among other things noted in its report that there was enough evidence of “inordinately large volumes of cash passing through the Bank Accounts of the Respondent far in excess of his known income, and for which he could not provide satisfactory explanation (unexplained wealth). Besides the excessive nature of the volumes of cash, the pattern of the deposits and withdrawals also raised suspicions about the nature of the transactions.”

The Commission thus recommended that the aspect of the case in question should be referred to the Economic and Organized Crimes Office for further investigations.

“Accordingly the Commission is referring the suspicious transactions in the Respondent’s Bank Accounts to the Economic and Organized Crimes Office (EOCO) for further investigation under the Anti-Money Laundering Act, 2008 (749) as amended.”