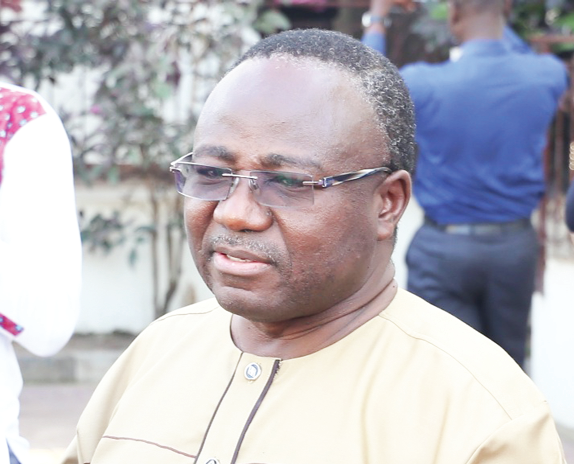 The Chief Executive Officer of the Public Procurement Authority, Adjenim Boateng Adjei has had his appointment terminated by President Akufo-Addo.

The termination came about as a result of a recommendation by the Commissioner on Human Rights and Administrative Justice (CHRAJ).

Mr Adjei was found guilty of conflict of interest after an investigation by CHRAJ.

Mr Adjei was investigated by CHRAJ for corruption and conflict of interest after he was accused of sidestepping procurement procedures for personal gains.

He was captured in an investigate piece by freelance journalist Manasseh Azure Awuni and was subsequently suspended by President Akufo-Addo in 2019. 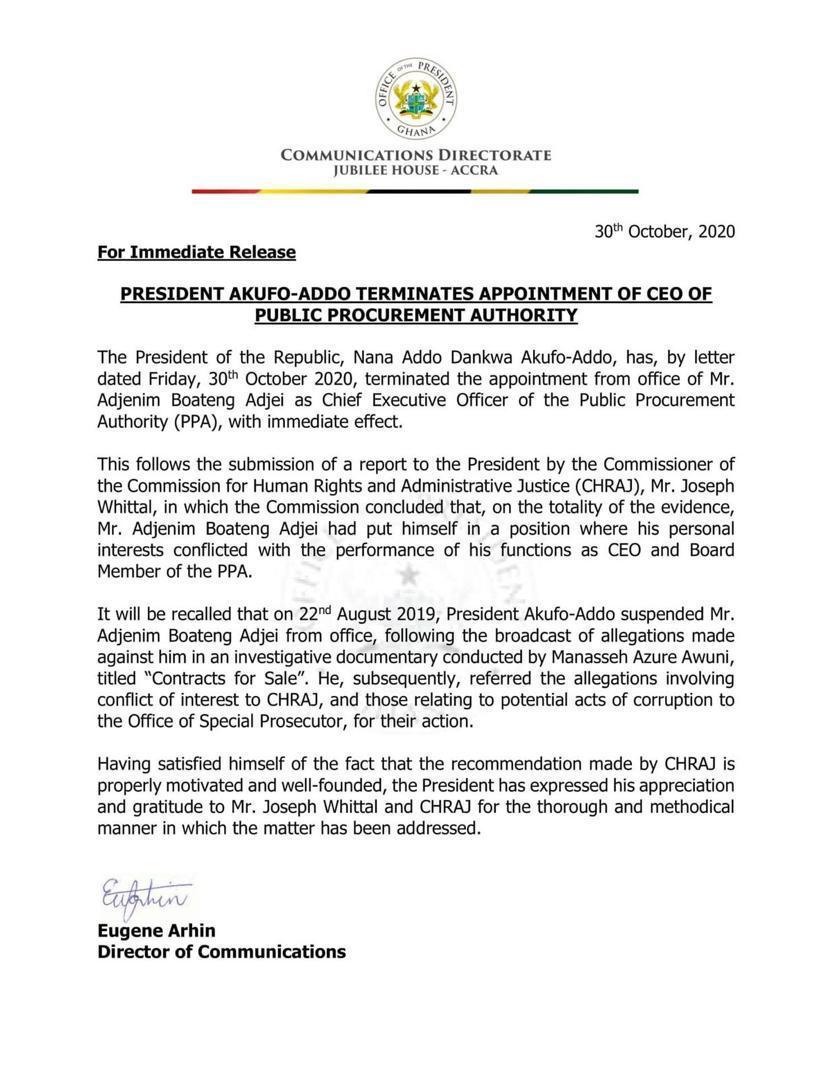