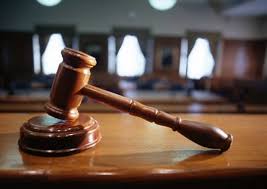 Justice Abdulai, a private legal practitioner and plaintiff in the case that sought for the Supreme Court’s interpretation on the voting rights of Deputy Speakers of Parliament when presiding, has filed for a review of the judgement.

According to him, the judgement of the court “constitutes exceptional circumstances that resulted in the miscarriage of Justice.”

In his statement of case, he added that there has been a discovery of “new and important matter or evidence which, after the exercise of due diligence, was not within the applicant’s knowledge or could not be produced by him at the time when the decision was given.”

The apex court on Wednesday, March 9, 2022, ruled that Deputy Speakers presiding over proceedings in Parliament had the right to vote on matters and to be counted as part of the quorum for decision-making in Parliament.

The decision was greeted with disagreement by the Minority Members of Parliament, the Speaker of Parliament, Alban Bagbin, as well as the 2020 Presidential Candidate of the National Democratic Congress (NDC), Mr John Dramani Mahama.

The Speaker of Parliament further urged Justice Abdulai to seek a review.

Justice Abdalai in his review application, argues that the Supreme Court, in adjudicating the matter, failed to consider legislative antecedents before making its final judgement.

“This would have revealed to the Ordinary Bench of the Court that the original vote of a Deputy Speaker once existed in our Parliament, but was repealed by NLCD 406 and never returned. It would have also revealed to them that none of our past Constitutions or enactments ever allowed a Deputy Speaker or a person presiding in Parliament to participate in the quorum of Parliament. The failure of the Ordinary Bench to consider the above broader context in interpreting the Constitution, they arrived at a decision that is inconsistent with the intention of the Framers of the 1992 Constitution. This constitutes exceptional circumstance that occasions miscarriage of justice. The judgment therefore ought to be reviewed,” he argued.

The review application will be heard on 26th April 2022.