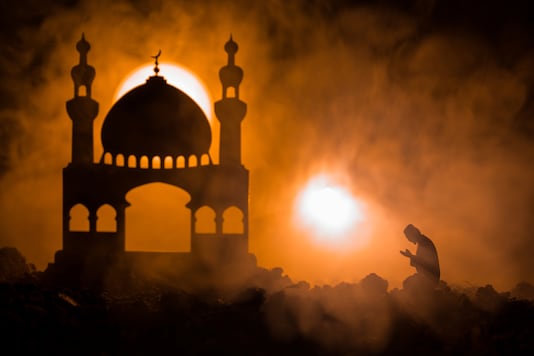 Eid is an important festival in Islam and is celebrated more than once a year. The two major celebrations fall at an important time according to the Islamic lunar calendar.

Both Eid al Adha and Eid ul Fitr are commonly called with their shortened version of Eid.

Though the rituals are mostly similar in both the festivities, there is a vast difference between the reason for which they are celebrated.

Muslims around the world are all set to celebrate Eid ul Fitr between May 13 and May 14.

The current festival literally means a feast of breaking of the fast. It falls first of the two and according to the Islamic calendar, is celebrated on the first day of the month of Shawwal. It lasts for approximately three days. It is a celebration to mark the end of Ramzan, a holy month in which Muslims observe fast during the day and do charity which is also called Zakat.

On this auspicious day, people perform prayers to seek blessings. People wear new clothes, greet friends and family and celebrate by having a feast. The primary focus of the feast is a sweet dish called sawaiyan (vermicelli pudding) that is savoured and also distributed among friends and family. Every adult of the family also gives gifts to the children and donates some amount to the poor on this day.

Meanwhile, Eid al Adha or the feast of sacrifice is celebrated on the 10th day of Dhu al-Hijjah that comes two months after Eid ul Fitr. It is believed to symbolise the ultimate sacrifice by Ibrahim, also known as Abraham in the Hebrew texts, to show his love and devotion to God. On this day, Muslims offer the sacrifice of lamb or goat that is deemed a sacred offering.

Eid al Adha also marks the end of the Hajj pilgrimage to Mecca in Saudi Arabia which is a mandatory religious journey to the holy place of Kabbah. It is believed that once a Muslim completes this journey, their sins are washed away and then that person is referred to as Hajji.

From the past two years, celebrations have been quite different due to the coronavirus lockdown, but, Muslim communities are still able to make the most of the festivals while they are together.