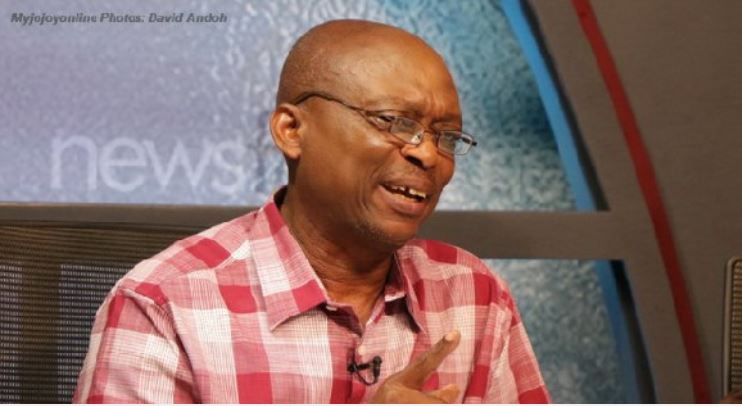 A letter signed by Chancellor of the UPSA, Prof. Abednego F.O Martey and addressed to the Editor-in-Chief of the New Crusading Guide newspaper said: â€œIâ€™m pleased to inform you that the Governing Council of the University of Professional Studies, Accra has approved your nomination for the conferment of an honorary doctorate degree.â€

The letter continued: â€œIn approving your nomination, the Governing Council and Management took note of many years of selfless public service to Ghana. The nationwide respect you have earned for your fight against dictatorship and for press freedom. Your excellent journalistic skills which have led you to train and mentor dozens of journalist in Ghana to include Anas Aremeyaw Anas a renowned investigative journalist, your tenure as the longest service panellist on Newsfile making it a household name and your service as a regular panellist on many morning shows have contributed to the robust and enviable press freedom laws now enjoyed by members of the media and media organisations in Ghana.â€ 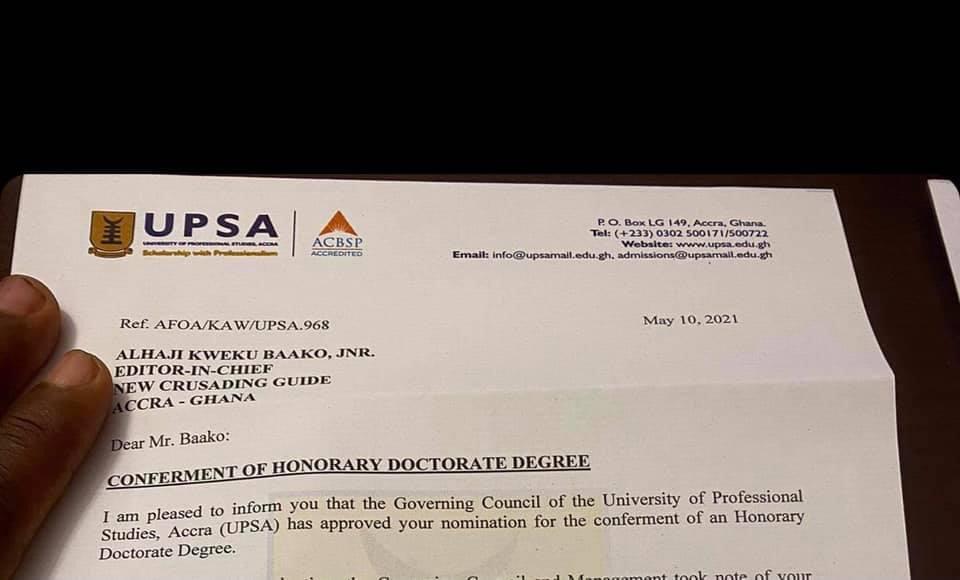 The honorary doctorate degree will be conferred on Mr Baako during UPSAâ€™s congregation slated for Saturday, July 24, 2021.

â€œThe University hereby respectfully invite you to the congregation ceremony to take place in the new UPSA auditorium. We will like to extend an invitation to your entourage who will accompany you to mark this important achievement,â€ the letter added.

Many prominent Ghanaians have taken to social media to congratulate Kweku Baako for his nomination.

US-based Ghanaian lawyer, Prof Kwaku Asare, said, â€œIn my humble estimation, nobody comes close to my brother in his knowledge of the political history of Ghana.Â  He is a walking encyclopedia.â€