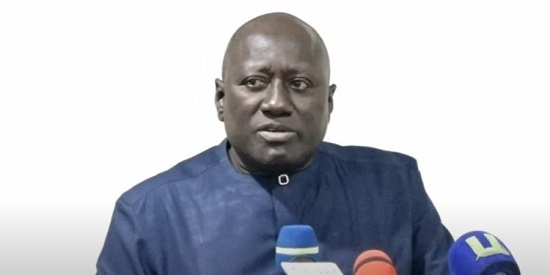 The Customs Staff Association (CSA) has strongly jumped to the defence of the Commissioner of the Customs Division of the Ghana Revenue Authority (GRA), Colonel Kwadwo Damoah, over the Division’s position on the corruption-related offence established by the Office of the Special Prosecutor (OSP) against Labianca Group Limited.

The Association also says the investigation conducted by the OSP is “misconceived and is borne out of the misconception.”

“There’s therefore nothing wrong with the approvals made by the Commissioner since such approvals accord with the Customs Laws and established procedures in force,” a statement from the Association read in parts.

It said the Benchmark Values used by the OSP as a method of valuation rather than a risk management tool are inconsistent with the World Trade Organisation’s (WTO) Rules on Customs Valuation and Section 67 of the Customs Act.

Based on this, it deems the findings of the OSP as “technically flawed.”

The Association further stated that  calls for the removal of Colonel Kwadwo Damoah and Rev. Dr. Ammishaddai Owusu-Amoah as Commissioner-General of the GRA are unjustifiable.

“That, the Management of the Customs Division and the Leadership of the Customs Staff Association (CSA) have resolved to throw our unflinching support behind Col. Damoah (Rtd) to continue as the Commissioner, especially in these difficult periods when the country is in dire need of revenue”, the statement added. 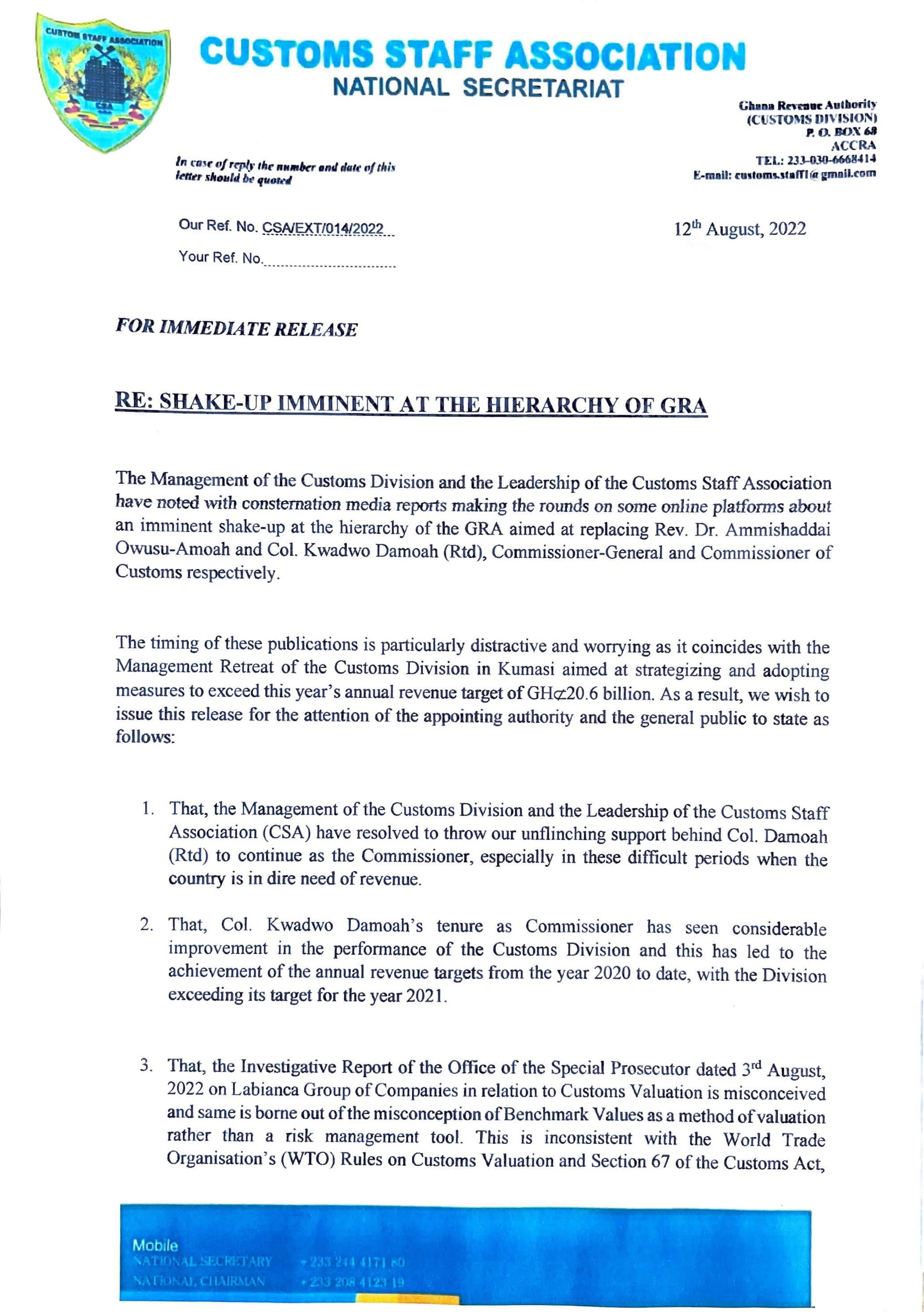 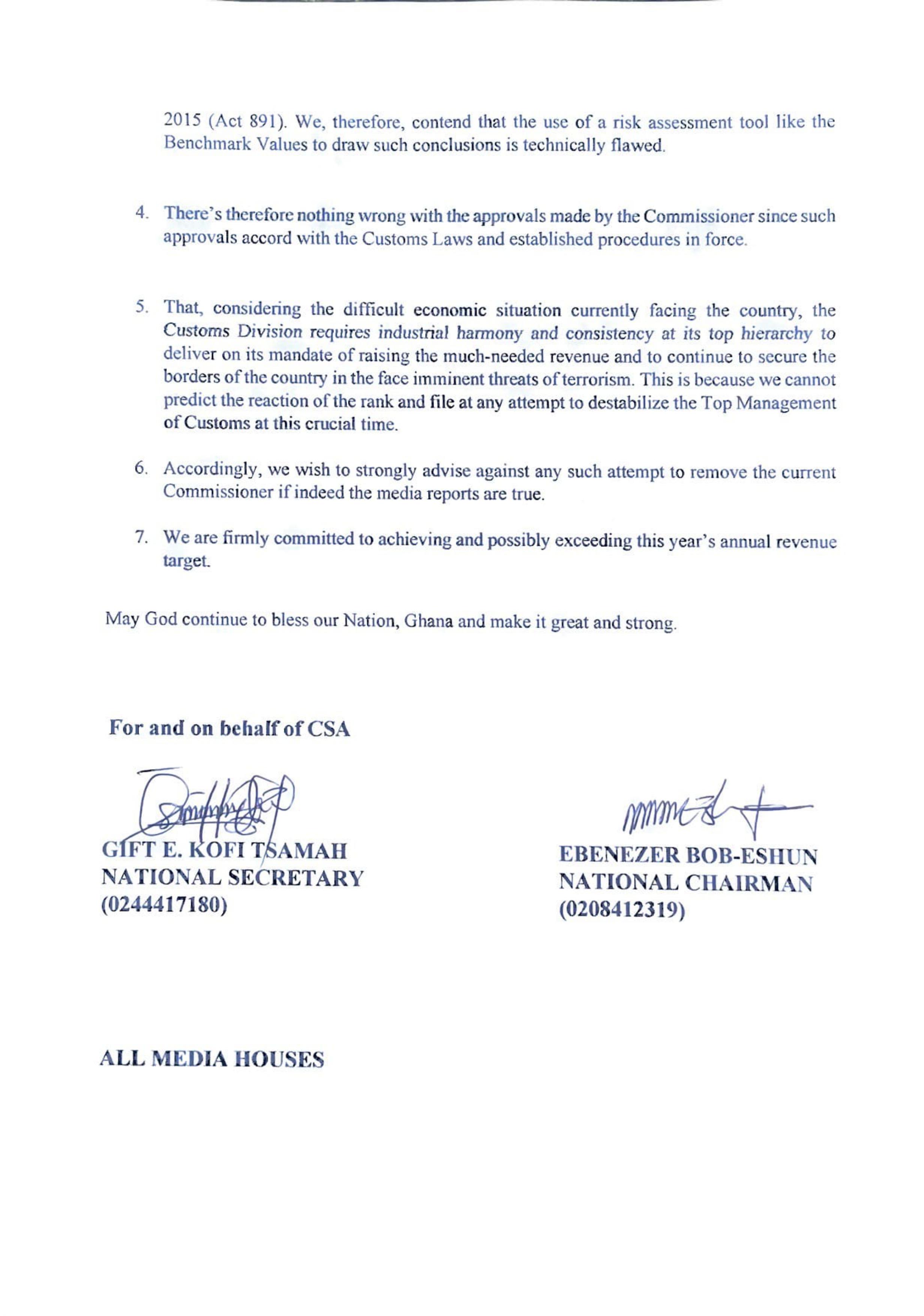 A report by the Special Prosecutor implicated the office of the Commissioner of the Customs Division of the Ghana Revenue Authority in corruption-related acts involving Labianca Company Limited.

The OSP recovered GH¢1.074 million from the Company owned by a Council of State member, Eunice Jacqueline Buah Asomah-Hinneh.

The report indicates that Madam Eunice used her influence to get a favourable decision from the Customs Division.

The money was recovered as a shortfall of revenue arising from the issuance of the unlawful customs advance, meant to be duties paid to the state following the importation of the frozen foods.

In the wake of the report, some Anti-Corruption groups called for sanctions against the Commissioner.