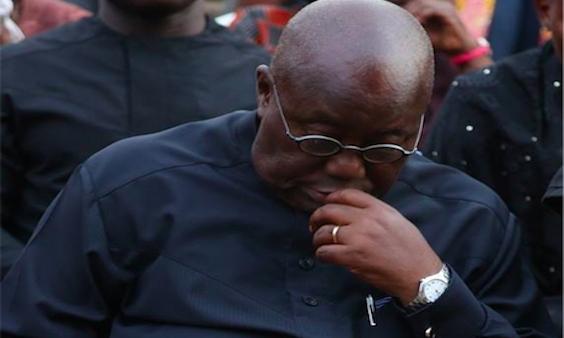 Ghana’s president-elect, Nana Addo Dankwa Akufo-Addo, has sent his condolences to the families of deceased in Thursday’s evening’s gas explosion behind the Ghana International Trade Centre at La in Accra and called for a relook at the siting of gas stations across the country.

"I have learnt with sadness of the news of a gas explosion near the Trade Fair Centre, resulting in the loss of 6 lives, and injuries to many others.

"My deepest condolences to the families of the bereaved, and I wish the injured a speedy recovery", he posted on Facebook moments after the explosion.

Going forward, he noted that, “It is about time we take a second look at the siting of gas stations in our country, and ensure the strict enforcement of, and adherence to safety regulations, so as to forestall the occurrence of any more of such avoidable incidents". 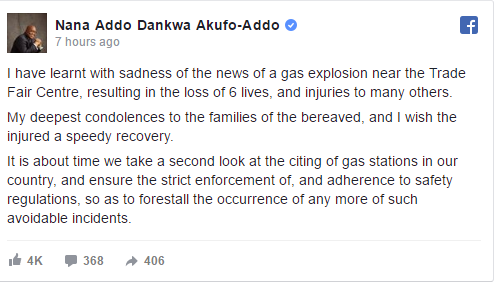 Five persons were burnt to death while over 30 sustained various degrees of body burns from a gas explosion at the Louis Gas Station behind the Accra International Trade Fair Centre at La in Accra.